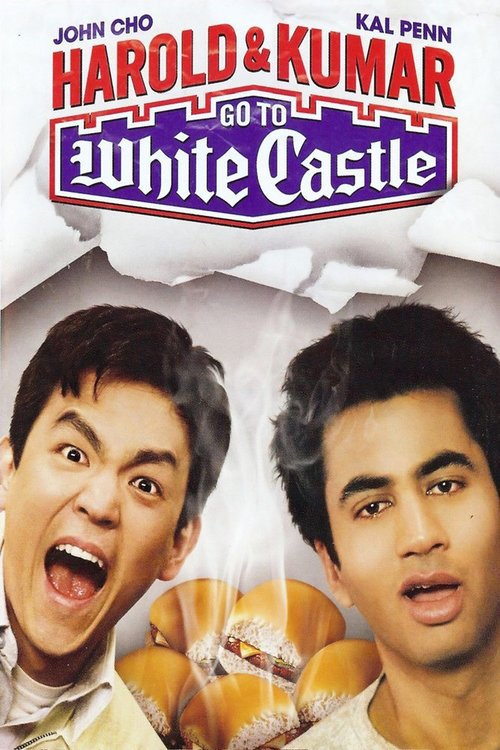 Five years ago, the hipster-Marxist magazine n+1 published a lengthy editorial, White Indians [Spring 2013] complaining that Indians—i.e. Asians from the subcontinent of India—were doing too well. They were making money, staying out of trouble, attending colleges, and generally integrating. Some of them—Bobby Jindal and Nikki Haley—were even becoming Republicans! The n+1 Editors were not pleased by any of this, lamenting that Indian success was being used as a rhetorical cudgel by American whites to demand better behavior of other non-whites. They called on Indians to stop being so “white” and instead model themselves after Kumar, the slacker Indian pothead from the stoner comedy Harold and Kumar Go to White Castle. Their conclusion was more nuanced than it seems and it may be coming true—and it points to the downside of a merit-based immigration policy.

This career path is increasingly common for Indian immigrants in the Anglosphere. Like millions of other non-whites, and not a few white ethnomasochists, many have begun to adopt the increasingly hegemonic anti-white, anti-West, positions disseminated in our university system, and on cultural Marxist websites like Salon.

What makes Leftist Indians special is that they are both non-white and intelligent— “blacks with brains,” as they are sometimes brutally characterized.  Remember that the pressure in Leftist institutions to place non-whites in powerful positions is immense. But the number of blacks and Hispanics with the cognitive abilities to run an organization, regularly write on and analyze American politics, or carry out competently the duties required of a civil servant, are few and far between.

Leftists may be evil, but they are not dumb. They are not really eager to let their non-profits and publications be run into the ground by a black empty suit in the name of diversity. But to keep from being condemned as racist by their own side, they can’t just stay white—especially since having self-loathing whites, women, Jews (who the Left generally sees as white), and homosexuals on staff is no longer enough to be granted the exalted designation of “diverse”.

High IQ, anti-white Indians are an excellent way out of this quandary.

While there is still much more field work that needs to be done to pin down Indian IQ, the research we do have suggests, while average Indian IQ is not high, that the upper castes are very bright. The uppermost caste, the Brahmins, are estimated to have an average score of around 110—putting them on the level of Ashkenazi Jews, and above east Asians and Europeans. If the caste one rung down, Kshatriyas, are one standard deviation below them, their average IQ would be 95. That would put them well ahead of blacks (85), and between Hispanics (90) and whites (100). However, there is plenty of reason to think the Kshatriyas average is higher than that.

If the top caste in Indian has an average of 110, and the bottom is slightly above 80, and there are three castes in between, and the difference between each caste is the same, then Kshatriyas would have an average above 100—that is to say, higher than average whites in the US.

Theories aside, what is indisputable is that the Indians arriving in America are from the upper castes, and if you translate the average Indian SAT score into IQ, you get an average score of 110.84. [IQs of Indians, by Ryan Faulk, The Alternative Hypothesis, April 15, 2016]. In short, Indian Americans are smart.

On top of being much brighter than America’s two largest non-white populations, Indians are not nearly as self-absorbed.

Black and Hispanic writers and intellectuals notoriously have a very hard time writing about anything aside from themselves. Hispanics tend to only cover immigration, and social problems that particularly impact Hispanic communities: teen pregnancy, the state of public schools, etc. More triumphalist Hispanics, such as Jorge Ramos and Ruy Teixeira, eagerly document and dissect America’s changing demographics.

Blacks are even more self-obsessed. Every major publication now has one black writer whose sole job is to write about how bad things are for blacks, how whites are to blame, and how nothing for blacks will get better because whites are just so awful. The Atlantic has Ta-Nehisi Coates, The New York Times has Charles Blow, Slate has Jamelle Bouie, etc.

The black and Hispanic “beats” are very important for Leftist outlets, but they aren’t everything. Since these writers tend to be unable to think critically about any issue that does not touch them directly, if a Jorge Ramos or a Ta-Nehisi Coates were to become the chief editor of a Main Stream Media publication, it would quickly become a specialized outlet for blacks and/or Hispanics, like The Root or Univision.

Indians, being only one percent of the U.S. population, and not yet canonized into the Left’s great pantheon of protected victims, do not have this problem. Their anti-white, cultural Marxist stances are more generalized, less personal. They can write about a political predicament without always making it about themselves.

This is why more and more Indians can be found in important positions across the Left. It is a trend that has gone largely unnoticed, but will almost certainly continue. As the country’s general population is changed by immigration policy, its elite will too—and one of the only non-white population groups cognitively equipped to function in that elite are Indians.

Some noteworthy examples of this incoming elite.

Also noteworthy is that all five Indians in Congress today are Democrats. And any list of major companies with Indian CEOs proves quite intimidating: Ajay Banga (MasterCard), Satya Nadella (Microsoft), Shantanu Narayen (Adobe), Indra Nooyi (PepsiCo), Rajeev Suri (Nokia), and Arati Prabhakar (DARPA) are a few of the more prominent ones.

Having so many outsiders in charge of such major companies would strike any healthy society as complete madness.

Even those Indians who are supposedly sucking up to the white man that n+1 complained about five years ago are far from being the American nationalists of Leftist legend. Nikki Haley (born “Nimrata Randhawa”) called for taking the Confederate flag down from the State Capitol during her tenure as Governor of South Carolina. Dinesh D'Souza attacked American Renaissance in the 1990s, leading to Sam Francis getting fired by the Washington Times —all while generously borrowing from Jared Taylor. [Washington Times Clips Its Right Wing, By Howard Kurtz, Washington Post, October 19, 1995]

With “right-wing” Indians like these, who needs left-wing Indians?

Short of an immigration moratorium, or a 1920s-style reorientation of immigration towards America’s historic European stock, I can identify no countervailing force to offset the rise of Indian elites. Which means the people discussed here are merely a vanguard of what is come.

Hubert Collins writes regularly for American Renaissance and here at VDARE.com.You can follow him on Twitter here.