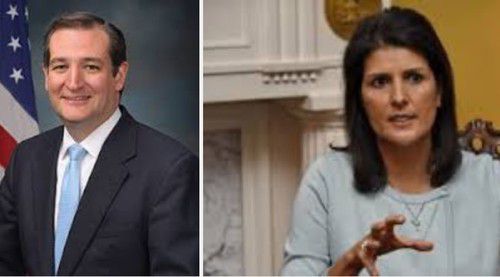 South Carolina Governor Nikki Haley's Official GOP Response to Barack Obama’s final State of the Union address has Conservatism, Inc. mouthpieces gushing over her as a potential VP nominee—for example, Erick Erickson here.  But with Ted Cruz’s eligibility for the office of president now at issue, I wonder about Haley: the daughter of two Indian immigrants, is she eligible for the office Erickson wants her in?

Haley’s parents moved to South Carolina in 1969; she was born in January 1972.  In those days, it took at least five years to be naturalized.  So it’s evident Haley’s parents weren’t U.S. citizens at her birth.  Thus she is ineligible to the offices of president and vice-president.  For both, the Constitution says one must be a “natural born Citizen” of the United States, a deliberately higher standard than simple citizenship.

The Supreme Court addressed this in Minor v. Happersett (1875):

The Constitution does not, in words, say who shall be natural-born citizens.  Resort must be had elsewhere to ascertain that.  At common-law, with the nomenclature of which the framers of the Constitution were familiar, it was never doubted that all children born in a country of parents who were its citizens became themselves, upon their birth, citizens also.  These were natives, or natural-born citizens, as distinguished from aliens or foreigners. (Emphasis added, and note the plurals!)

Minor was unanimous and written by Chief Justice Morrison Waite; a unanimous opinion by the Chief is the strongest statement the Court can make.

Neither do Cruz, Rubio, Jindal, and nor did—yes—Barack Obama.

My question for the future: was Columba Bush a U.S. citizen when George P. was born?