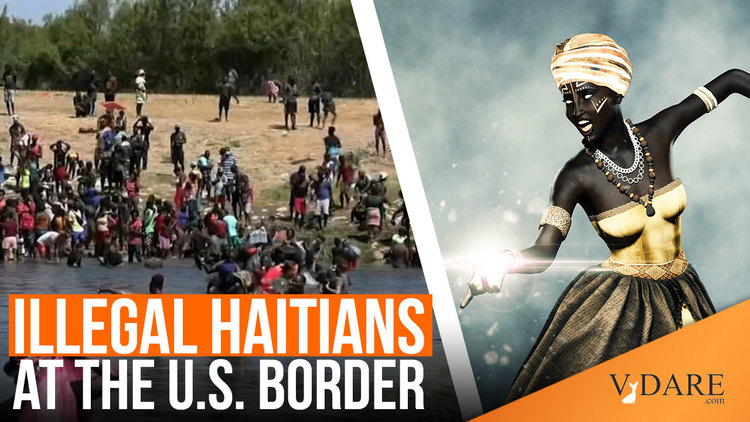 Ann Coulter On Our New Haitian Neighbors: Brush Up On Your Voodoo!

Earlier (2010) Haitians And The Devil

Great news! For the millions of U.S. immigrants who really wanted to immigrate to Haiti, but couldn’t get in … Guess what? The country you’re living in is about to become Haiti.

This will also come as good news to the GOP’s top-dollar donors, whose sole political thought is: HOW DO WE WIN THE BLACK VOTE? (Next goal: Reverse the rotation of the Earth.)

Apparently, it’s absolutely humiliating for people who live in 100% white neighborhoods to belong to a party that appeals to white people.

I, too, slobbered over some of these fine black Republicans. But unlike the Masters of the Universe, I noticed, after the first half-dozen or so, that the GOP is never going to win more of the black vote. (The GOP’s donor class is dying of embarrassment right now, horrified that their party appeals to white people, aka “the only swing voters in the country.”)

For the last half-century, African Americans have given approximately 90% of their vote to the Democrats. (Hispanics: 70%; Asians: 70%)

But the Hamptons-Manhattan-Palm Beach Brain Trust is focused like a laser beam on increasing the GOP’s minority vote. Somehow they’ve made billions of dollars, but cannot grasp, if their lives depended on it, that every election outcome is determined by the white vote.

[For more on Republican donors’ neurotic obsession with the black vote, see Adios, America, Chapter 16, I Wrote This Chapter After Noticing How Stupid Rich People Are.]

With hordes of Haitians pouring across our border—because a certain lying conman didn’t build a wall—this weird compulsion of the donors will only get worse. Before Republican geniuses start proposing “enterprise zones” for Haitians, maybe they should take a look at Haiti.

Haitian President Francois “Papa Doc” Duvalier (1957–1971) began his regime by killing off or exiling the educated elite for being too light-skinned, then expropriated the peasants’ small parcels of farmland, leading, like night into day, to mass starvation.

Result: Haitian peasants adored him! Even after a regime of mass murder and widespread starvation, followed by Duvalier maneuvering his teenaged son into the presidency, the Associated Press reported in 1980 that “the Duvalier family’s support comes from the dark-skinned peasants of the countryside.”

GOP donors: What if we offer them school vouchers?

He cites a study [PDF] by economists Diego Comin, William Easterly and Erick Gong of Dartmouth, New York University and Middlebury College, respectively, published in the American Economic Journal, showing that the descendants of people who were the most technologically advanced in 1500 A.D. today live in countries vastly richer than countries populated by the descendants of those not as technologically advanced in 1500 A.D.

The New York Times described the results of the study thus: “As it turns out, technology in A.D. 1500 is an extraordinarily reliable predictor of wealth today.”

Forget 1500. How’s Haiti been doing for the last 50 years? A report by the Council on Foreign Relations describes Haiti as “the poorest country in the Western Hemisphere.” And that’s despite more than $13 billion in international aid in the past decade.

Let’s just hope they bring their Satan-worshipping voodoo! As Haitians worldwide descend on our country, it’s worth mentioning that their homeland is often described as “90% Catholic and 100% voodoo.”

While the New York Times (which hates our country and wants it destroyed) burbles giddily about Haitian voodoo—“a healing-based religion,” “an affirmation of national pride,” “a vibrant but gentler faith,” “equal parts happening and psychoanalysis”—other news outlets have produced vivid accounts of the actual ceremonies.

“(A) group of men and women dressed in white circled a pole. … A few hours later, the drumbeat had intensified … A few of the women grabbed live chickens and whirled them in the air before ripping the heads off with their teeth. Then, with their hands clenched like claws and their chins dripping with blood, the women jumped up and down, screeching, ‘Ke-ke-ke, Ke-ke-ke.'”—Times-Picayune (New Orleans), 1994 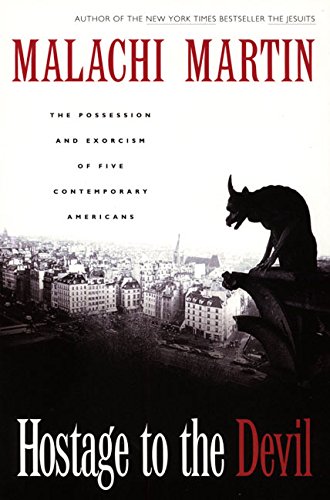 “Suddenly, the woman’s body jerks upright. She spins wildly, arms and legs flailing, and her eyes roll back in her head until only the whites show. Two men rush to her side and support her in their arms. A yellow kerchief slips off her head and her shiny, straightened hair tumbles down.

“Body rigid, muscles taut, she stomps the ground with her bare feet. She whips her head from side to side, eyes stretched wide, sweeping the room with a fierce gaze …”—Folk religion thrives in Montreal, by Alison Macgregor, Montreal Gazette, May 14, 2000

You can read more about these “vibrant” rituals in the book Hostage to the Devil: The Possession and Exorcism of Five Contemporary Americans. Or just wait for them to show up in your neighborhood.

If you thought moving 100,000 Somalians into Minnesota posed challenges to assimilation, that will be a pleasant dream compared to the multitudes of Haitians Biden is letting into the country right now.