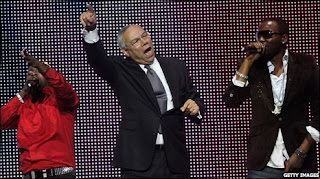 So once again Colin Powell has betrayed the Republican Establishment which rescued his faltering military career with absurd over promotion – and even dreamed running him for President – and gone with his race: Reuters reports Colin Powell endorses Obama for second term By Susan Heavey October 25, 2012

Last time his disloyalty provoked an attack by the Wall Street Journal on Powell’s integrity as Secretary of State so brutal (albeit totally justified) that I wondered The Powell/Obama betrayal: Might GOP Establishment wake up?

No such luck. The succeeding years gave us the Michael Steele fiasco and the ludicrous Herman Cain and Condi Rice flirtations And of course massive amounts of money have been spent to dissuade Romney from positioning as the candidate of White America – possibly with disastrous results.

But at least this time the Reuters account above reports some harrumphing by McCain. And John Sununu briefly spoke the truth:

"Frankly, when you take a look at Colin Powell, you have to wonder if that's an endorsement based on issues, or whether he's got a slightly different reason for preferring President Obama?" Sununu said on CNN's "Piers Morgan Tonight."

"What reason would that be?" a somewhat-perplexed sounding Morgan replied.

"Well, I think when you have somebody of your own race that you're proud of being President of the United States, I applaud Colin for standing with him," Sununu said.

Needless to say he now seems to be running away. Sununu retreats on claim that Powell's endorsement of Obama was race-driven By Josh Gerstein Politico 10/26/12

As with Hispanics, Black “Republicans” cannot be trusted.

Neither can the GOP leadership.