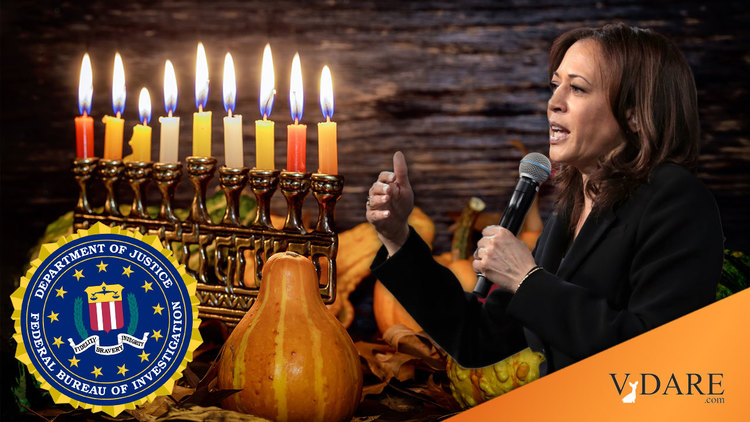 Ann Coulter: Kamala Harris And Kwanzaa: The Holiday Brought to You by the FBI

“Our Kwanzaa celebrations are one of my favorite childhood memories. The whole family would gather around across multiple generations and we’d tell stories and light the candles. Whether you’re celebrating this year with those you live with or over Zoom, happy Kwanzaa!”

Post some pictures, Kamala! We’d love to see your Brahmin and Jamaican grandparents sitting around the Kwanzaa candles recalling celebrations way back when they were three or four years younger. (Would that The Washington Post’s “Fact Checker” would start counting Kamala’s lies!) 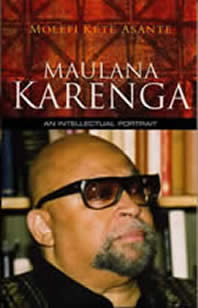 Kwanzaa, celebrated exclusively by white liberals, is a fake holiday invented in 1966 (when Kamala was 2 years old) by black radical/FBI stooge Ron Karenga—aka Dr. Maulana Karenga, founder of United Slaves, the violent nationalist rival to the Black Panthers. Liberals have become so mesmerized by multicultural gibberish that they have forgotten the real history of Kwanzaa and Karenga’s United Slaves.

In what was ultimately a foolish gambit, during the madness of the ’60s, the FBI encouraged the most extreme black nationalist organizations in order to discredit and split the left. The more preposterous the group, the better. (It’s the same function MSNBC serves today.)

By that criterion, Karenga’s United Slaves was perfect.

Those were the precepts of Karenga’s United Slaves. The United Slaves were proto-fascists, walking around in dashikis, gunning down Black Panthers and adopting invented “African” names. (I will not be shooting any Black Panthers this week because I am Kwanzaa-reform, and we are not that observant.)

It’s as if David Duke invented a holiday called “Anglika,” which he based on the philosophy of “Mein Kampf”—and clueless public schoolteachers began celebrating the made-up, racist holiday.

In the category of the-gentleman-doth-protest-too-much, back in the '70s, Karenga was quick to criticize Nigerian newspapers that claimed that certain American black radicals were CIA operatives.

Now we know the truth: The FBI fueled the bloody rivalry between the Panthers and United Slaves. In the annals of the American '60s, Karenga was the Father Gapon, stooge of the czarist police. Whether Karenga was a willing FBI dupe, or just a dupe, remains unclear. The left has forgotten the FBI’s tacit encouragement of this murderous black nationalist cult founded by the father of Kwanzaa.

(Speaking of which, the cheap labor lobby certainly was right about how the GOP could easily win over “socially conservative” minorities. Look at how California has swung decisively to the right since whites became a minority there. Good luck winning California now, Democrats!)

The esteemed Cal State professor Karenga’s invented holiday is a nutty blend of schmaltzy ’60s rhetoric, black racism and Marxism. The seven principles of Kwanzaa are the very same seven principles of the Symbionese Liberation Army, another invention of The Worst Generation.

In 1974, Patty Hearst, kidnap victim-cum-SLA revolutionary, famously posed next to the banner of her alleged captors, a seven-headed cobra. Each snakehead stood for one of the SLA’s revolutionary principles: Umoja, Kujichagulia, Ujima, Ujamaa, Nia, Kuumba and Imani. These are the exact same seven “principles” of Kwanzaa, or “Kawaida,” as Karenga calls them.

Kwanzaa praises collectivism in every possible area of life. It takes a village to raise a police snitch.

When Karenga was asked to distinguish Kawaida, the philosophy underlying Kwanzaa, from “classical Marxism,” he essentially said that, under Kawaida, we also hate whites.(And here’s something interesting: Kawaida, Kwanzaa and Kuumba are also the only three Kardashian sisters not to have their own shows on the E! network.)

While taking the “best of early Chinese and Cuban socialism” (Is that the mass murder or the seizure of private property?), Karenga said Kawaida practitioners believe one’s racial identity “determines life conditions, life chances and self-understanding.”

There’s an inclusive philosophy for you!

Kwanzaa emerged not from Africa, but from the FBI’s COINTELPRO. It is a holiday celebrated exclusively by idiot white liberals. Black people celebrate Christmas.