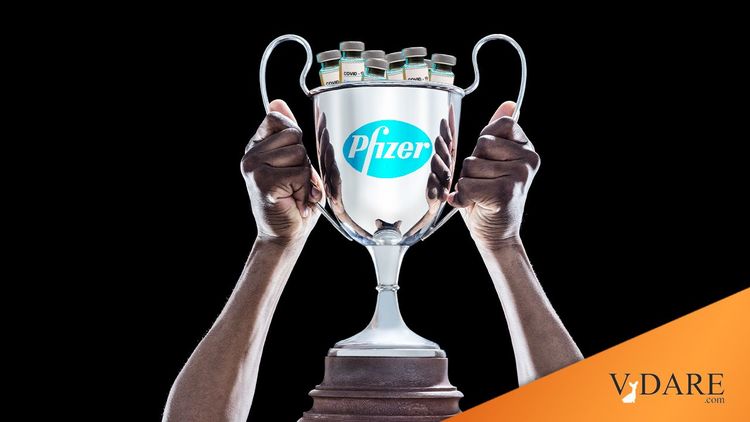 Ann Coulter: Is There A Vaccine Against Pandering To Black Anti-Vaxxers?

Earlier: Charles Blow In The NYT: Blacks Tend To Be Anti-Vaxxers, White Men At Fault

It now appears that the greatest threat to black Americans isn’t COVID, it’s being pandered to death.

As the distribution of vaccines got underway last week, the Centers for Disease Control was trying to ensure that black people would get the vaccine before the elderly (too white!), while the media were focused on rationalizing black people’s opposition to taking the vaccine at all.

Yes, because black people have a long track record of trusting the government …

A New York Times/WCBS-TV poll found that 70% of African Americans believed that “the government deliberately makes sure that drugs are easily available in poor black neighborhoods to harm black people.”

A CNN/Essence poll found that 88% of African Americans think the assassination of Martin Luther King Jr. was part of a “larger plot.”

A survey of more than 1,000 black church members by the Southern Christian Leadership Conference showed that 35% believed that AIDS was a form of genocide, and another 30% were unsure.

Although vaccines are one of Western medicine’s greatest inventions, I think people should be free to refuse to take the COVID vaccine for any reason, such as, off the top of my head, they’re young and healthy.

But liberals don’t! Anti-vaxxers are one of the media’s most despised groups—provided they’re affluent white women.

But now that it’s African Americans who are reluctant to take the COVID vaccine, they’re treated like children. Who can blame them? It’s because of Tuskegee and Henrietta Lacks! 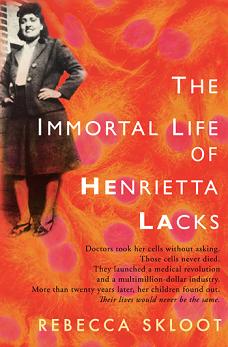 I know about Tuskegee, but what did the bad white doctors do to Henrietta Lacks? Answer: Johns Hopkins Medical School provided this poor black woman with the most advanced treatment available for her aggressive cervical cancer—gratis.

Her rapidly reproducing tumor cells were then studied around the globe, advancing cancer research by leaps and bounds. But apparently, it was a violation of Mrs. Lacks’ “black body” for her cancer cells to be used to benefit mankind. Maybe she wanted to display them on her mantle!

But the runaway winner for patronizing black people is … director of the National Institute of Allergy and Infectious Diseases, Dr. Anthony Fauci! This media darling recently announced: “So, the first thing you might want to say to my African American brothers and sisters is that the vaccine that you’re going to be taking was developed by an African American woman. And that is just a fact.”

Wha …? So far, we’ve got vaccines from Pfizer and Moderna, and soon may have one from AstraZeneca.

Pfizer’s CEO is a Greek businessman. The company has no black women in its executive leadership.

Moderna’s chief executive is Frenchman Stephane Bancel. The president of the company is the translucently white Dr. Stephen Hoge.

AstraZeneca hasn’t had its vaccine approved yet, but it’s a British-Swedish company, and the chief executive is Frenchman Pascal Soriot.

Each one of these companies had hundreds of people working on a vaccine, so who’s the “African American woman” who single-handedly “developed” it?

She’s a government bureaucrat with the National Institutes of Health, Dr. Kizzmekia Corbett. The NIH, you see, “worked with” Moderna during the vaccine approval process. Corbett made the invaluable contribution of accusing doctors of allowing black people to die of COVID, calling the pandemic a black “genocide” and condemning “systematic oppression” of black people. Among the oppressors was one … Anthony Fauci, whom she directed to “check” his “privilege.”

How could we ever have come up with a vaccine without her?

First, it was racist not to put black Americans at the head of the line for the vaccine. Once again, black people have to go to the back of the bus!

Then the CDC decided minorities would get it first, before the elderly. True, those over 70 make up the lion’s share of COVID deaths, but they’re mostly white, so screw them. Oh wait—black people are getting the vaccine first? You see! They’re using us as guinea pigs!

Just tell me when black people get the vaccine, so I’ll know what the explanation is.