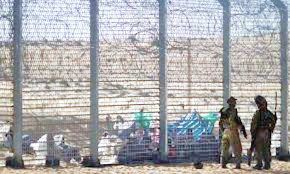 Stephen Miller’s childhood rabbi bashes the Trump adviser in his New Year’s sermon gloated the Jewish Telegraphic Agency September 12, 2018. This was an extract from a more detailed story 'You didn't get our message': key Trump aide Stephen Miller condemned by childhood rabbi by Andrew Gumbel, The Guardian, September10, 2018.

Rabbi Neil Comess-Daniels of Beth Shir Shalom, a progressive reform synagogue in the beachside city of Santa Monica where Miller grew up, devoted his sermon marking the Jewish New Year to a striking denunciation of Miller…

The service for Rosh Hashanah, the Jewish new year, was held on the campus of Santa Monica high school, which Miller attended from 1999 to 2003, and broadcast live on Facebook. Rabbi Comess-Daniels found a receptive audience, which greeted his words with rapturous applause.

Poor Stephen Miller! Not only does he have to put up with being associated with the loathsome Peter Brimelow but his own community is making a virtue-signaling industry out of denouncing him—including his uncle: Stephen Miller's Uncle Raises Question: Should Jews Have Been Allowed To Immigrate?

What Patriots will want to know is does Rabbi Neil Comess-Daniels also denounce Israel’s stern hostility to refugee admissions as I asked in Why Wouldn't President Kushner Adopt Israel's Refugee Policy For America?

In fact he owes his fellow Americans an answer to Kevin MacDonald’s incisive question Is Immigration Really A "Jewish Value"?