Why Was B&N’s "Blacks On The Cover" Scheme Bad? Because No Nonwhites Got Paid

The Barnes and Noble bookstore chain makes a little money from reprinting out of copyright classics like Frankenstein and The Wizard of Oz selling them on a table upfront.

Recently, they came up with the idea of “Diverse Editions:” adding new covers of The Diverse.

That would be much praised if they were making movies of classics by white authors and cast nonwhites as stars.

But, to B&N’s surprise, it didn’t work out that way with book covers:

Barnes and Noble, America’s largest bookseller, has withdrawn a new series of “diverse” classic book covers following a backlash from writers who say it does nothing to address the publishing industry’s underlying diversity problems.

The new “Diverse Editions” series was announced on Tuesday to honor Black History Month and due to hit shelves on Wednesday. The project saw 12 classic young adult novels receive new covers, the protagonists now “culturally diverse.” Frankenstein has brown skin, not green, while a kissing Romeo and Juliet have darker skin tones and kinky hair textures. “For the first time ever, all parents will be able to pick up a book and see themselves in a story,” the company explains on the back cover of the books. 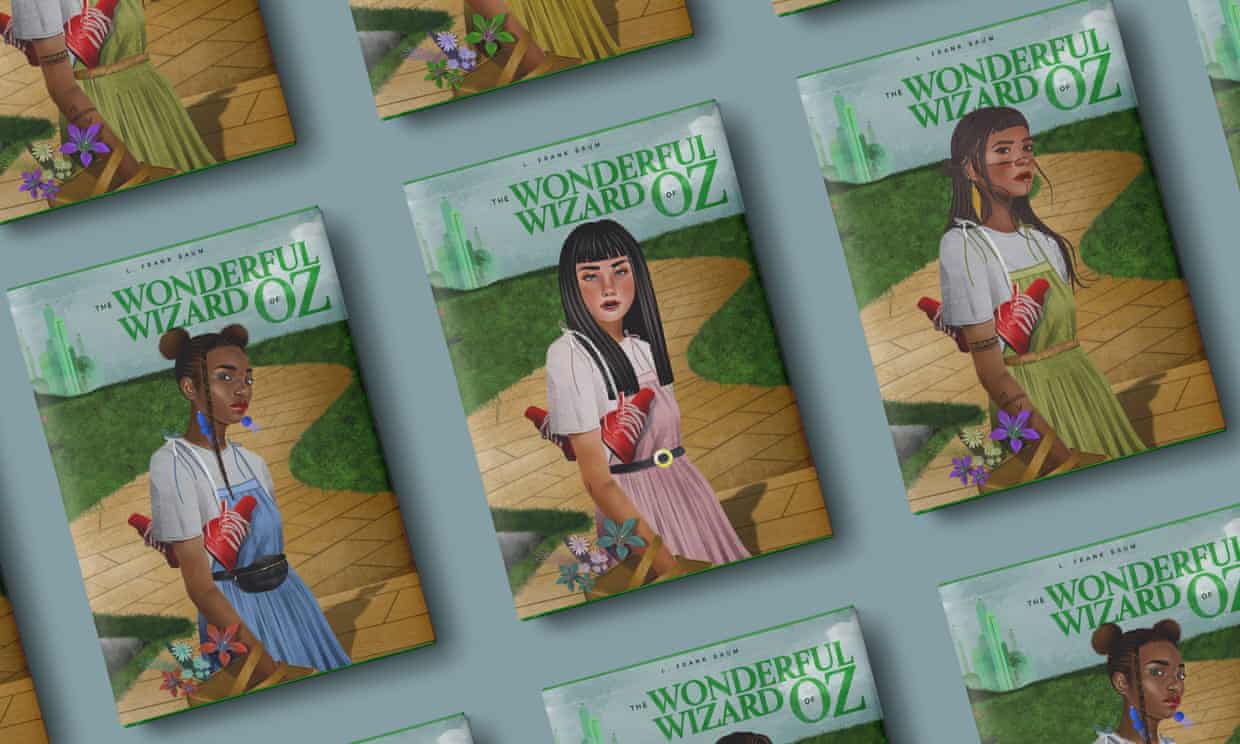 But prominent authors were quick to lambast the company, saying that simply changing the skin color of characters like Romeo and Juliet or Frankenstein is a superficial fix, and that the publishing industry should do more to promote writers of color.

Writers including Roxane Gay, the author of Bad Feminist,

Does Roxane Gray ever time to write anything anymore in between issuing pronunciamentos about how she is offended by the latest crisis?

and The Hate U Give writer Angie Thomas, viewed the covers as a superficial fix to a larger problem. “The only thing you’re disrupting is #BlackHistoryMonth and the literary dignity of communities of color,” David Bowles, a Latinx children’s writer and poet, wrote to Barnes and Noble on Twitter. “So disappointed in you.”

Prominent authors were quick to lambast the company, saying that putting a black Dorothy, from the Wizard of Oz, or a black Frankenstein on the cover wasn’t enough.

“This fake diversity nonsense (where they replace white characters with people of color) is disgusting,” the Hugo-winning fantasy writer Nnedi Okorafor wrote. “It is not sincere or a solution. New stories by people of color about people of color is the solution… Stop using us and get out of the way!”

… The decision of which book covers to redesign was made using artificial intelligence to analyze the text from 100 of the most famous titles in western literature, searching the texts to “see if it omitted the ethnicity of primary characters.” The 12 classics found to meet this criteria were: Alice’s Adventures in Wonderland, Moby Dick, Emma, The Secret Garden, Treasure Island, The Count of Monte Cristo, Frankenstein, Peter Pan, The Wizard of Oz, The Three Musketeers, The Strange Case of Dr Jekyll and Mr Hyde, and Romeo and Juliet. The author of The Count of Monte Cristo and The Three Musketeers, Dumas the Elder, was about 1/4th black.

Also, dark Heathcliff in Wuthering Heights is of enigmatic racial background, with the other characters speculating about his ancestry, such as whether he was a “lascar,” a sailor from the Indian Ocean.

So why is it Good to cast nonwhite actors in historical films like the recent one about 16th Century queens where there are black and Chinese playing Scottish aristocrats, but it is Bad to change the race of the covers of classic books?

It’s all about who gets paid.