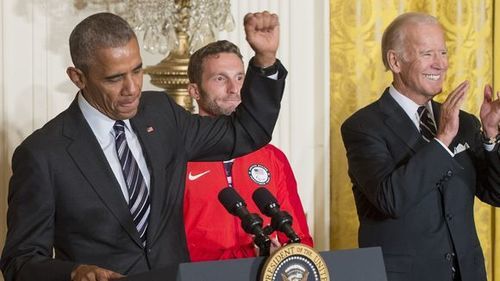 Why Did Blacks Get Unhappier After Obama’s Re-election?

I’ve been arguing for awhile that an Unhappiness Explosion broke out around 2013, and it seems to be related to Obama’s re-election/second term. My hypothesis, laid out in my 2008  book  America’s Half-Blood Prince: Barack Obama’s “Story of Race and Inheritance,” has been that the Obama Administration tried to keep the race resentment tamped down during its first term in order to win a second term. But it opportunistically hopped on the Trayvon Martin fiasco in 2012 to boost turnout. Then, when the Obama Administration was home free in 2013, it worked with its allies in 98% of the media to take the gloves off, leading to, among other developments, the catastrophic Ferguson fiasco of 2014, which led to the 22% increase in homicides by 2016.

From a brand new academic paper that documents another aspect of the Late Obama Age Collapse:

Black Lives Matter: The Wellbeing Cost of Racial Shootings in the United States

Abstract
This paper discusses the impact of racial shootings on Black well-being in the United States between 2008 and 2015. Using data from the Gallup Daily Polls, we first reveal a sudden and persistent drop in life satisfaction recorded by Blacks compared to similar Whites from early 2013. There is no similar effect for Hispanic individuals, and results are robust to the inclusion of state, time effects and household characteristics. To explain this finding, we exploit within-state variation in public and media awareness of police-race interactions, following the Trayvon Martin case in 2012. Contrary to other groups, internet searches and reported cases of arrest-related deaths have a strong negative well-being effect within the Black community that can explain up to half the Black-White decline after 2013.

An emerging literature is examining how Obama’s presidency has affected racial attitudes, and in particular whether the black population has seen an advancement relative to other groups (DellaVigna, 2010; Tesler, 2012). Following the election of the first black president in 2008, the Obama years saw increased public attention towards cases of racial shootings, from the death of Trayvon Martin in 2012 to the Ferguson unrest in 2014. The latter directly spawned the Black Lives Matter movement. In this paper we look at the life-satisfaction responses from the daily Gallup data to trace the wellbeing of the black population in this period. We link it to the racial tensions following the Trayvon Martin case.

Whilst there is by now an enormous literature on the subjective wellbeing of both countries and individuals over time (see for instance the reviews in the World Happiness Reports 2014, 2015), the literature on the subjective wellbeing of groups within countries is still in its infancy, with very few papers analysing the importance of group identities for subjective wellbeing and the changes in that wellbeing in short periods of time1. The main reason for this has been a lack of datasets large enough and sufficiently covering the whole year to be able to construct group- time measures of subjective wellbeing within a country. For instance, the General Social Survey (GSS) only interviews about 300 black individuals every two years. … Even the Gallup data, which interviews 500-1000 Americans randomly each day from 2008 onwards is only now beginning to be big enough to allow fine-grained identification of group well-being, and to allow an analysis of its determinants.

Using data from the Gallup Daily Polls, we reveal a sudden and persistent drop in life satisfaction recorded by blacks compared to whites and Hispanics between 2012 and 2013. …

This is curious because Barack Obama was of course triumphantly re-elected in late 2012. And yet the second Obama term was an era of great unhappiness among blacks.

We hypothesize that feelings of discrimination increase amongst the Black population with attention given to police-force related deaths of Blacks, leading to lower levels of black well- being. The Gallup lacks data on the criminal justice system, as well as data on feelings of victimisation and on the media environment. So we matched the Gallup on a regional basis with other datasets that detail recent experiences with the criminal justice system, including Google Trends data on searches for the Trayvon Martin case, and data on the frequency in news report on arrest-related deaths by race.