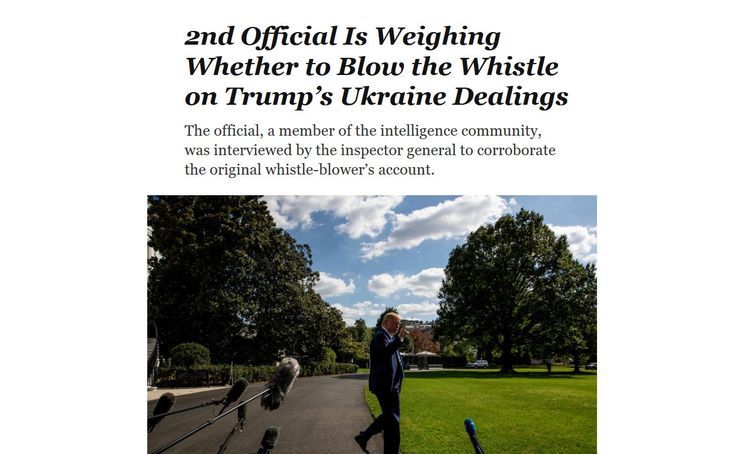 A second intelligence official alarmed by President Trump’s attempts to pressure Ukraine is considering filing his own formal complaint.

The official, who corroborated the allegations of the original whistle-blower, has more direct information about the events.
1h ago209 comments

And if you can’t trust nameless, faceless members of the intelligence community, you must hate democracy.