Walls And Fences Work Worldwide—And They Can Work For America, Too

President-elect Trump’s policy of immigration enforcement has alarmed many on the left, but as is explained in the report below, border walls are becoming more common across the globe as chaos spreads and countries want to keep enemies out.

And just because America’s jihadist enemies are backward headchoppers doesn’t mean they haven’t noticed Obama’s open border: three Pakistani men were apprehended at the Arizona border a few days ago.

Below, some of America’s border fences need an upgrade and extension. 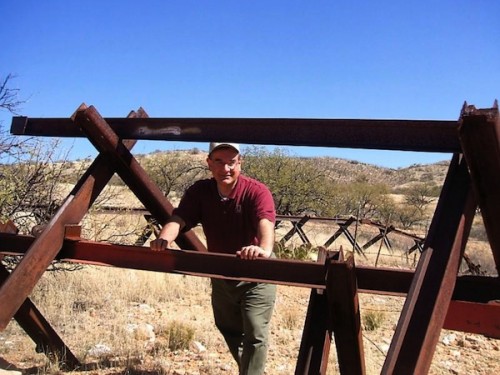 A March report found that arrests of Afghans and Pakistanis have skyrocketed this year. Plus, there are plenty more unfriendlies trying to break in.

MARTHA McCALLUM: President-elect Donald Trump vowing during his campaign to build a wall between the United States and Mexico. The two countries have had portions of fencing and walls sort of in different spots along the border there for some time. More than 60 countries mostly in Europe are now installing barriers at their borders to keep people out, mostly because of the refugee crisis that they have been experiencing. William La Jeunesse from Los Angeles with more on this morning.

WILLIAM LA JEUNESSE: Martha, the irony is politicians say fences don’t work until they need one. Europe has more than four times more barriers today than they did in the Cold War, and anyone who lives on our southern border, along with agents who patrol it, will tell you that walls work.

DONALD TRUMP: We will build a great wall along the southern border.

LA JEUNESSE: Whether you call it a wall or fence, border barriers are booming not just in the US.

DR. REECE JONES: At the end of World War II, there were less than five border walls anywhere in the world; as late as 1989 when the Berlin wall came down, there about 15 border walls. Today there are almost 70.

JONES: What the walls are meant to do is to be a form of deterrence, to make it much harder to cross the border and with the idea that that will discourage people from trying to cross.

BORDER PATROL AGENT JOHN LAWSON: We have a lot better idea of what’s coming across the border and we’re a lot more likely to apprehend it.

LA JEUNESSE: Along the southern border, agents rely on 350 miles of existing fence.

LAWSON: We might only have 30 seconds to a minute before we lose sight of those people. The point of the fence is to slow down the traffic in areas where they’re able to quickly move into the US.

LA JEUNESSE: But it’s not enough to secure the border, so last year House Republicans proposed erecting 570 miles of double fencing like this one in Yuma with an access road in between. And while fences do deter and stop the illegal immigrants, they need manpower, sensors and surveillance to really work. So to many, Trump’s wall is simply a metaphor for a barrier that works, so based on topography, experts know what to build and where to build it. Martha, it is now only a question of design, desire and money.

McCALLUM: Interesting to see all those walls in all of those countries.