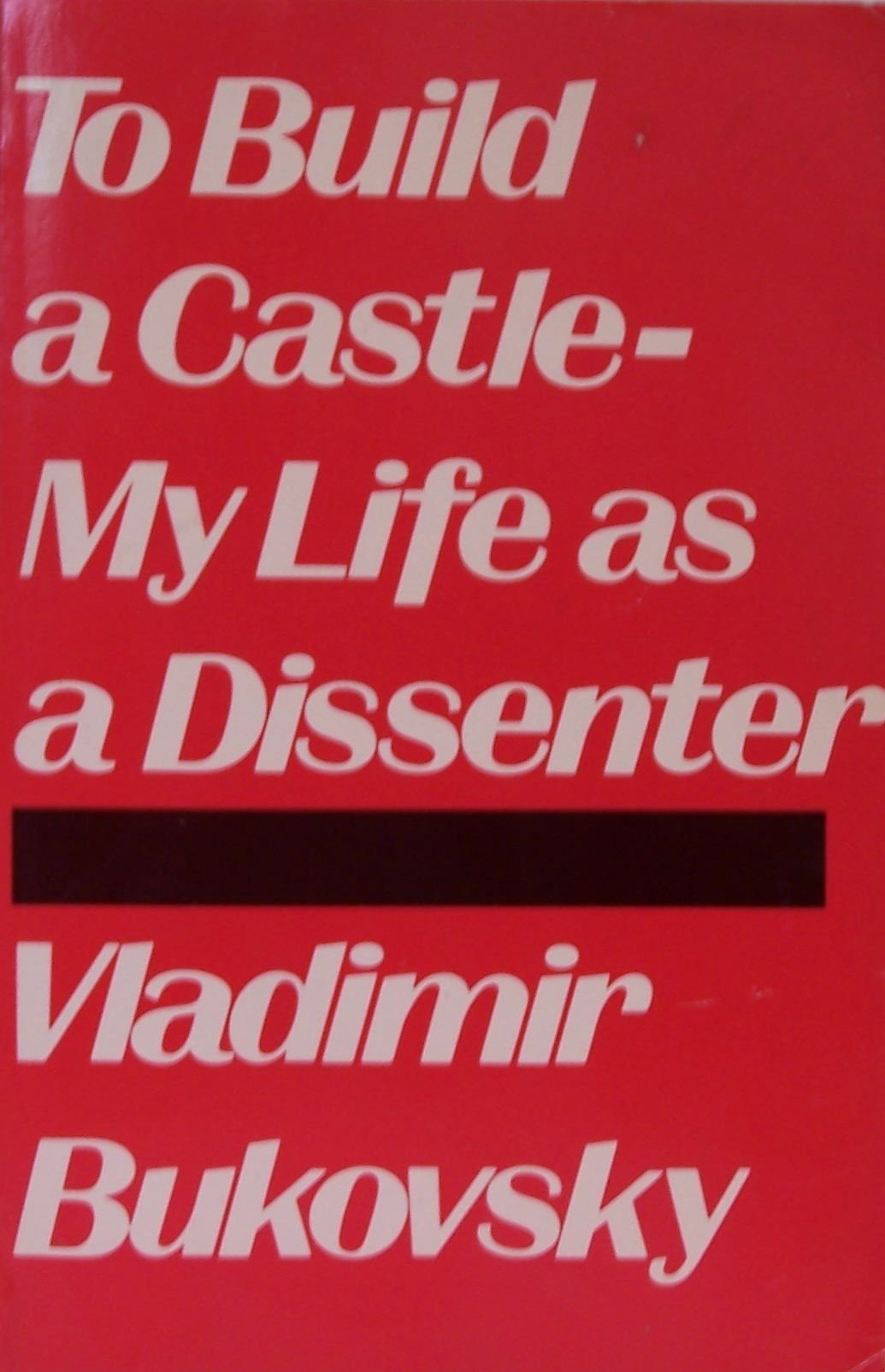 I have occasionally—here, for example—mentioned Vladimir Bukovsky, the late-Soviet dissident who won my admiration with his 1978 book To Build a Castle: My Life As a Dissenter.

Bukovsky isn't just one of the Awkward Squad; he's an entire Awkward Battalion just by himself.  The Soviet authorities of the 1960s and 1970s confined him in labor camps and psychiatric wards not because he promoted any ideological or religious agenda, but simply because he would not stop saying out loud that the communist emperor had no clothes.

As soon as he was released from one term of imprisonment, Bukovsky would seek out other dissidents and just start speaking, and writing, and demonstrating all over again to point out the emperor's nakedness … soon leading, of course, to another arrest.

He's a guy who just kept insisting that two plus two equals four, even though all the authorities of his society insisted that the correct answer is five.

Eventually, in 1976, the Soviets just deported him.  Bukovsky has lived in England ever since.  He has maintained his Russian citizenship, though, and actually stood against Putin in the 2008 presidential election.

As a group (not sure of the proper collective noun here: a "shrinkage"?) of psychiatrists wrote to the London Times in 1971:

We … especially hope that the Soviet government will reconsider the case of Vladimir Bukovsky, who acted with courage in making his appeal and who appears to have suffered in consequence. The information we have about him suggests that he is the sort of person who might be embarrassing to authorities in any country because he seems unwilling to compromise for convenience and personal comfort, and believes in saying what he thinks in situations which he clearly knows could endanger him. But such people often have much to contribute, and deserve considerable respect.   [Materials concerning the forthcoming International Congress of Psychiatrists by Prof. F.A. Jenner and 43 others; Times, September 16 1971.]

In recent years Bukovsky has agitated against Putin's authoritarianism, against the European Union, which he sees as a "soft U.S.S.R." under construction, and on behalf of the U.K. Independence Party (UKIP).

Well, Bukovsky was a friend of Alexander Litvinenko, a former agent of the post-Soviet Russian security services who fled to England in 2000 with Putin's agents on his heels.  Litvinenko died in 2006 after drinking tea laced with a rare and highly poisonous radioactive substance.

Last year, after much pressure, the U.K. authorities launched a formal inquiry into Litvinenko's death.  The inquiry concluded that it had been an operation by Putin's security services, probably ordered by Putin himself.

Bukovsky testified to that inquiry.  Shortly—suspiciously shortly—after he did so, British police, acting on a tipoff, charged Bukovsky with having child pornography on his laptop computer.

Bukovsky not only denied the charges, he filed suit against the Crown Prosecution  Service for libeling him.  He believes the child-porn images were planted on his computer by Russian government hackers.  It's easily done.

Bukovsky goes to trial on the child-porn charges next week.  Meanwhile, his libel case against the authorities keeps getting postponed.  He is seriously ill; probably the U.K. authorities are hoping he will die before he can embarrass them in civil court.

This may well happen.  Bukovsky has started a hunger strike.  Given his current state of health, this may see him off.  His friends have tried to dissuade him from the hunger strike, but Bukovsky is as awkward as ever:

“Successive Russian governments, including doubtless this one have wanted you dead,” his publisher, David Campbell, wrote in an email. “Why are you risking your life ... and thus giving the Kremlin this satisfaction?”

Bukovsky, however, is unmoved. He said he was not in any hurry to die but was prepared to do so if his demand for justice wasn’t met.

“Most of my friends have been in jail at some point and on hunger strike. They treat it normally, without any undue emotional reactions,” he said ...

Of death, he said: “I’m not afraid of it. How can you be afraid of something inevitable? It isn’t a senseless death. It’s a purposeful death. I’m an old man anyway.” [Vladimir Bukovsky: 'I'm on hunger strike for the British public' by Luke Harding; The Guardian, April 29th 2006.]

Claire Berlinski has just done a good summary of the Bukovsky case over at National Review Online.  The Guardian story I just linked to seems a fair account.

However, the U.K. press is somewhat restrained by legal considerations.  Bukovsky's friends and admirers, who are legion, are hoping to stir up coverage in the press and on the internet abroad.

There are two petitions you can sign, one to the Ministry of Justice, the other to the House of Commons (i.e. to the politicians supervising that ministry in their parliamentary capacity).

I don't know Vladimir Bukovsky personally.  I have read his 1978 book and some scattered articles he's written, and observed the loyalty of his friends and supporters in this case.  I have also followed events in Russia, as an ordinary reader of news (and one-time visitor) across the Putin era—this past couple of decades.  That this current prosecution of Bukovsky is a frame-up by the Russian authorities seems to me very plausible.

From one member of the Awkward Squad to another, I offer Vladimir Bukovsky my best wishes.  Now I shall go and sign those petitions.