2Kevins With Grace & Steel: The Conservative Movement is Dead; What Does Black Lives Matter Mean?, etc.

Episode 36 of my podcast with Kevin Steel is now posted here (with copious links). In Part 1, we note a major historical event—the Conservative Movement is dead. More precisely, it set it itself on fire and then threw itself over a cliff. The Never Trump Brigade, membership of which consists of about 500 pundits, consultants and PR spivs, had warned that if Donald Trump captured the Republican Party, they would depart in disgust. With all the drama of Martin Luther nailing the Ninety-five Theses to the church door—Ich kann nicht anders—they took to Twitter to announce their formal apostasy. And America yawned. Mere hours after Trump’s decisive victory in Indiana, the Never Trumpers were reduced to bellowing—to no one in particular—“We wuz kangz!”

It had seemingly never occurred to the Movementarians that the collapse of Communism a quarter-century ago had robbed them of their raison d'être. That an “intellectual movement” led by the likes of Jonah Goldberg, Dana Loesch, John Podhoretz and someone called “Kat Timpf” was hardly to be taken seriously. Or that pride goeth before destruction and a haughty spirit before a fall. Where will the Movementarians go? The neocons are already returning to the Democratic Party. As for the Muh Constitution gang, its men would do well to consider the words of Alec Baldwin in The Departed, “World needs plenty of bartenders.” And the conservababes have all the necessary qualifications to peddle tat on QVC or the Home Shopping Network.

Meanwhile, Hillary Clinton has yet to dispatch 60s revivalist Bernie Sanders, even as the FBI closes in on her. It is suggested she will accept a pardon from President Obama and clear the field for a Biden-Warren juggernaut. I demur. She is too proud and too desperate to walk away from “her turn.” More likely is that her party will be compelled to consider the Roman option: smothering her with a pillow and then announcing her sudden death from a previously undiagnosed respiratory ailment. 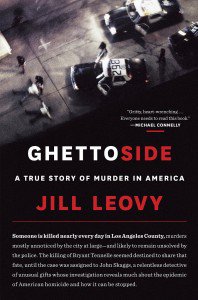 In Part 2, we consider the shocking condition of the Inner City with reference to Jill Leovy’s Ghettoside: A True Story of Murder in America. This is a fascinating and valuable book, but it refuses to confront the terrifying question: If Black Lives Matter, why are ghetto residents so comfortable with the culture of murder? The truth is in there, but Leovy insists on blaming whites for black failure. Her proposal to devote even greater resources to inner-city detective work would bankrupt America’s cities, and, in the event, police will not solve many more black murders given the reality of “Everybody know” but “Snitches get stitches.” Everything old is new again, and BLM moves ever closer to open advocacy of segregation. I suspect the alacrity with which White America would accept that deal would astonish them.