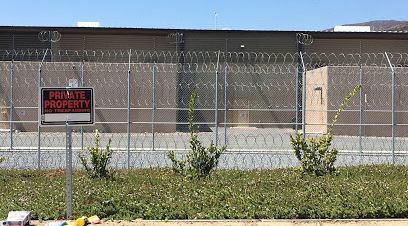 Illegal Aliens Complain About Their Incarceration

Monday’s San Diego Union-Tribune included a front-page article with the headline MIGRANTS WRITE OF TERRIBLE DETENTION CONDITIONS which referred to illegal aliens who broke into the country and were incarcerated.

These days, Victimhood is a top value among the left, and their open-borders prescriptions are augmented with sob stories that proponents believe negate the routine illegal entering, job theft and welfare abuse that afflict more advanced nations today.

One example given is a man from Cameroon in the armpit of Africa who complains of violence at home because he is an English speaker. Funny, but next-door Nigeria is an English-speaking country, so he needn’t have travelled all the way to the United States to speak his language (and incidentally visit first-world welfare offices). Or he could have instead relocated to Europe, since invader routes are established.

Ideally, this fellow should be deported ASAP to spread the word that America is a heartless place and unwelcoming to the increasing number of poor on earth who want to avoid the hard work of reform at home.

That would be a good message to send since illegal immigration from Africa is lately on the uptick.

Note that only one word in the article recognizes the lawbreaking of the supposed “migrant” characters — “unauthorized.”

Volunteers and researchers have been collecting thousands of letters from people in immigration detention centers to show people the conditions of the men, women and children inside.

Decades from now, when historians try to make sense of how the U.S. government treated detained migrants, they will be able to hear directly from the men and women in federal immigration detention centers.

At least that’s the hope of Lisa Lamont, head librarian at San Diego State University who oversees a collection of more than 1,700 letters written by migrants in detention centers.

“In 20, 30 or 40 years or even longer down the road, when researchers are researching this time in U.S. history, I think these letter are going to be invaluable,” she said.

The population of people in Immigration and Customs Enforcement custody has grown significantly since the beginning of the Trump administration. During fiscal year 2015 there were 28,449 unauthorized immigrants in detention facilities. That number increased to 38,106 and 42,188 in the 2017 and 2018 fiscal years, respectively. Projections show that number is expected to increase to 52,000 by the 2020 fiscal year, according to data from the federal government.

For example, a letter from a 29-year-old Cameroonian national who has spent more than 15 months in detention describes violent conflicts between English-speaking Anglophones and the French-speaking population.

“I came here in U.S. seeking for protection because of what is happening in my country Cameroon because my country is a bilingual country where the English minority are been (sic) torture, kill, arrested and jail for a very long time or arrested and kill by the french government in Cameroon all because the Anglophone minority called southern Cameroon want secession from French Cameroon which cause many of my English Cameroonian to escape for their dear life,” he wrote.

According to his letter, the man could not be released from the detention center because he could not afford to pay a $50,000 bond. (Continues)