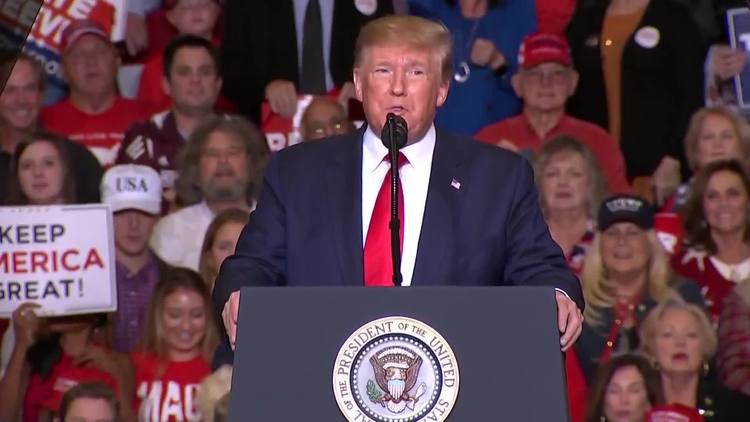 Trump On Immigration In Tupelo MS "We Did Not Fight Them Over There Only To Invite Them Over Here."

I don't think so. I don't think so. We did not fight them over there only to invite them over here. We don't want to do that. To protect our communities. My administration, restricted migration from terror, prone nations and implemented the toughest ever vetting procedures toughest ever that we've ever had no issue has ever been so horribly discarded by a party as that issue by the Democrats.

They want open borders which mean crime. They want sanctuary cities which means crime and drugs and death. After bleeding, the middle class dry Democrats threw open our borders to the world, flooding our communities with poisonous drugs and criminal cartels, Republicans believe in strong borders and safe communities.

We took it from there or we had to go to court and all of a sudden, we start winning cases were winning cases now winning a lot of cases, but the wall is going up rapidly. It's going up rapidly, and this is a very serious war. This is the exact everything they wanted. They went to the Border Patrol—incredible people—and ICE—incredible people, tough people—they love our country and, I said, give me the specifications for the wall.