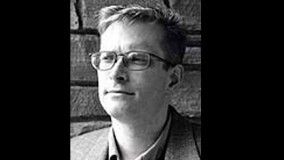 Freedom Of Speech Dead In Europe; Greg Johnson Detained, Deported Because He MIGHT Say Something

There comes a point, and I think we've reached it, where Western boasts about "freedom" and "democracy" become self-discrediting. I am no longer willing to say that the West is more "free" than China. I would certainly say that Russia has a greater claim to being a "free country" than anywhere in Western Europe.

There is no "free world."

Norwegian authorities have arrested a high-profile U.S. white supremacist scheduled to speak at an international far-right conference in Oslo and say they will seek his deportation.

Spokesman Martin Bernsen from Norway’s domestic security agency PST told Norwegian public broadcaster NRK that a U.S. citizen was arrested Saturday “on the basis of the Immigration Act section 106” including a suspicion that “he may play an obvious role in radicalization.”

PST didn’t give the person’s name, but he was identified by Norwegian media as Greg Johnson who was a scheduled speaker in the conference by the Scandza Forum, a far-right network known for its anti-Semitic and racist views.

I recall the late Christopher Hitchens's defense of free speech and his condemnation of the so-called "hate speech" laws in Canada. The late Mr. Hitchens was perhaps wise to die when he did. Had he by some miracle beaten his cancer, he would have no doubt lived to be condemned as a Nazi and deplatformed by today's progressives.

As he said then (at around the 6 minute mark):

"One of the proudest moments of my life, that is the recent past, has been defending the British historian David Irving, who is now in prison in Austria for the potential of uttering an unwelcome thought on Austrian soil. He didn't actually say anything in Austria. He wasn't even accused of saying anything. He was accused of perhaps planning to say something... now they can add to this proud past the fact that they've locked up a British historian who's committed no crime except that of thought and writing. And that's a scandal. And I can't find a seconder when I propose this but I don't care. I don't need a seconder. My own opinion is enough for me and I claim the right to have it defended against any consensus, any majority, anywhere, in any place, any time. And anyone who disagrees with this can pick a number, get in line, and kiss my a##."

We are told that Norway's decision is necessary to prevent "radicalization." If the system of "liberal democracy" is so fragile that mere words could cause people to question it and destroy it, perhaps it is not worth defending. We certainly know that the boasts of freedom of speech, freedom of association, and the right of self-government are shameful lies.

Needless to say, don't expect any action from the U.S. Embassy. This may have been done at their urging. President Donald Trump limits his defense of American citizens to rappers that hate him and will never vote for him.