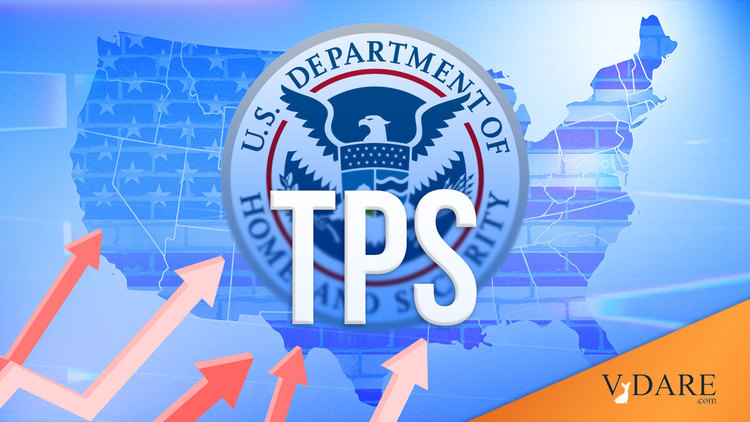 The Parole Amnesty Is Being Implemented For Those Previously Deported

The Biden Regime has begun to implement its amnesty for illegal aliens previously deported, using the parole authority in the Immigration and Nationality Act (INA), section 212(d)(5)(A) and Section 8 Code of Federal Regulations (CFR) 212.5, Parole of Aliens Into The United States.

The relevant language for parole in statute reads as following:

(5)(A) The Attorney General may, except as provided in subparagraph (B) or in section 1184(f) of this title, in his discretion parole into the United States temporarily under such conditions as he may prescribe only on a case-by-case basis for urgent humanitarian reasons or significant public benefit any alien applying for admission to the United States, but such parole of such alien shall not be regarded as an admission of the alien and when the purposes of such parole shall, in the opinion of the Attorney General, have been served the alien shall forthwith return or be returned to the custody from which he was paroled and thereafter his case shall continue to be dealt with in the same manner as that of any other applicant for admission to the United States.

This is the legal, if you can call it that, basis for certain aspects of the ongoing Biden Regime Administrative Amnesty, in this case the amnesty for previously deported illegal aliens and the wider parole amnesties.

The Biden Regime has adopted the position that any alien for any reason can be paroled into the United States, including inadmissible aliens, intended immigrants, and previously deported aliens. While at first glance the parole authority of the Secretary of the Department of Homeland Security (DHS) seems broad, in fact, it is quite limited, both in time—each application must be individually reviewed and adjudicated—and in that the allowable reasons for parole must be either significant to the American public or of urgent humanitarian concern.

That means that there must be either something that benefits the American people generally, e.g., we must parole a defecting enemy intelligence official with information that may prevent or win a war, or a small group of aliens who might immediately die in a volcanic eruption without being temporarily allowed into the United States. And, yes, that was an actual case of the use of parole when the island of Montserrat was destroyed by a volcanic eruption and the Montserratians in the United States won parole and Temporary Protected Status (TPS). As usual, instead of returning to their nation of citizenship—Montserratians are British subjects—they abused parole and TPS to remain here, as usual for both parole and TPS.

But no legal process for the Biden Regime, no review for humanitarian reasons, no examination if the parole benefits the American people, but only the determination that the more illegal aliens the better, so the parole of previously deported illegal aliens begins.

Maria Esperanza Diaz Ruiz had expected to pay a smuggler to get across the U.S.-Mexico border. Then she learned the Biden administration’s new program would let her walk in for free, as long as she had a tale of woe from back home.

She’s one of the migrants who’s taking advantage of a new Biden policy that’s converting illegal immigrants into legal “parolees,” giving them a work permit and a foothold in America, according to the Center for Immigration Studies, which observed Ms. Diaz Ruiz and others coming across.

“This is real,” she told the center’s Todd Bensman. “This is not a magic trick.”

Her justification for gaining parole into the U.S. is that she says she worked for a Nicaraguan government official who was homosexual. Her ex-husband threatened both her and her boss, she told Mr. Bensman.

“I had to leave because I would be killed,” she said.

Armed with documents and a criminal background check, she joined a group of roughly two-dozen migrants who were entered into America’s border authorities’ system, driven to the border crossing between Mexicali and Calexico, California, and turned over to U.S. authorities.

Now, we get the story, a lie, that Maria Esperanza Diaz Ruiz, known as the Rat, thinks she might be killed for some reason vague related to homosexuality and spousal abuse, neither of which is either of urgent humanitarian concern or in the interests of the American people.

This abuse of parole can be solved by the new Republican majority, by placing a rider or amendment on the next “must pass” piece of legislation, budgetary or otherwise, suspending the parole authority, requiring all aliens paroled or released into the United States to leave, and prohibiting any parolee from applying for any other immigration benefit. There is a template for such action.

It is time for Congress to do their job. Parole can then be permanently fixed under the Trump or DeSantis administrations.