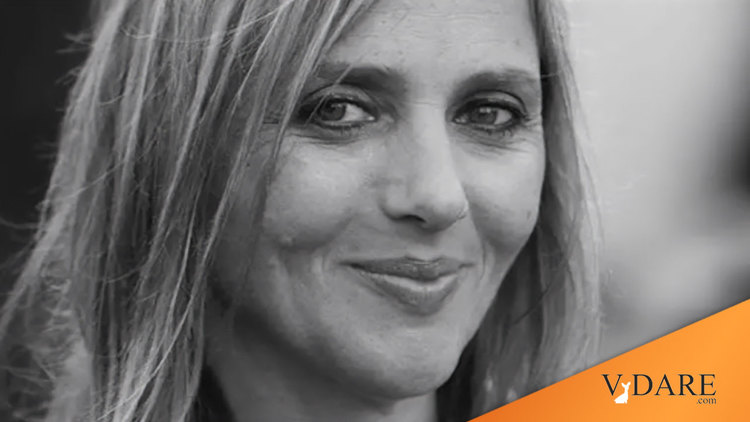 The judge in Massachusetts who helped an illegal alien flee from an Immigration and Customs Enforcement agent is back on the bench. Shelley M. Joseph can now resume her worthless career of helping along the Great Replacement.

In September, federal prosecutors dropped charges against the judge, filed by predecessors in the Trump Administration, because it was best for the state judicial commission on misconduct to handle Joseph’s egregious crimes. An ICE agent was in her courtroom to apprehend the illegal, but Joseph ordered the agent to leave, then permitted the illegal’s escape.

Surprise, surprise: Nothing happened other than the suspension that ended just after the charges of conspiracy and obstruction of justice were dropped:

The state’s high court ended the suspension of Newton District Court Judge Shelley Joseph on Wednesday, allowing her to return to the bench after the justice department dropped charges accusing her of helping an undocumented immigrant evade a federal agent who had come to the courthouse to detain him in 2018.

The Supreme Judicial Court ordered Joseph to be reinstated because her suspension was “based solely on the fact that she had been indicted for alleged misconduct in the performance of her judicial duties.” …

“The charges in the indictment against the judge have now been dismissed. ... The order of suspension, therefore, is terminated, effective immediately,” the SJC’s ruling said.

Amazingly, when ICE finally caught the illegal, an immigration judge freed him.

The decision not to prosecute Joseph is shamelessly ideological. It’s a decree from the lawless regime that openly and proudly refuses to stop illegal immigration and in fact is aiding and abetting it. If the regime won’t enforce the law itself, it certainly won’t prosecute a local judge whose own crimes mirror regime policy that amounts to treason.

The Massachusetts Commission on Judicial Conduct did nothing, and so did the state’s highest court.

Joseph might never do this again. But The Anarcho-Tyranny has set a new precedent: Judges who help illegal aliens escape capture and deportation will not be punished.