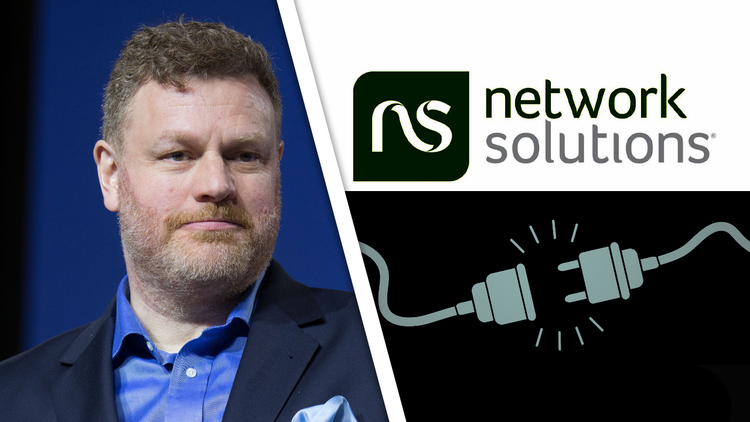 Thanks To Mark Steyn For His Kind Words On Network Solutions' Attempted Deplatforming Of VDARE.com 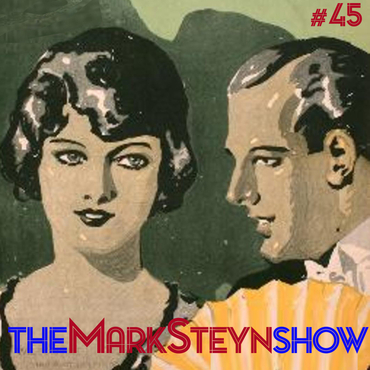 Earlier: Mark Steyn On Corporate Harassment Of VDARE.com: "I Can Think Of No Reason Why In A Free Society A Person Should Not Be Entitled To Hold Such Views." and Mark Steyn Defends VDARE.com Against PayPal On Tucker Carlson—Tech Companies Are Making Us Less Free.

... we're now moving to the next level, where canceled is literal. The monopolies and cartels of modem life are determining who gets to do business, who gets to make a living, who gets to eat. A few years back I mentioned on Tucker's show [MP3] one of the first instances of this with Vdare.com. VDARE is Peter Brimelow's anti immigration website. Not just illegal immigration, but the legal type resulting from what Peter and his chums regard as the disastrous 1965 Immigration Act. I happen to agree with them on that, but a lot of people don't, and that's fair enough. Make your case, stand your ground, launch your own website. Oh no, no, no, no, that's far too much effort. It'd be much easier for me to get you closed down. So PayPal, which is a de facto internet monopoly, and by the way Steyn Online doesn't do business with them either, for reasons I'll go into another day.

PayPal says it won't do business with VDARE and then MasterCard, which is a de facto global duopoly, starts announcing that it'll be cutting off this or that enterprise too. Now move it away from freedom of speech, to your local Main Street. There's two general stores across the town common, both in business for 40 years, and suddenly Visa and MasterCard say to one of them, "Sorry you're done." So now you can only accept cash and checks. Which business is going to survive?

There's no longer a real market then, so again this is a challenge to philosophical conservatives, who place their faith in the market and the gods of the market, and likewise there is now no real market in the so called marketplace of ideas. With VDARE they've now taken the war to the next level. The layman's assumption is that anybody can start a website, so if Fred Smith wants to launch FredSmith.com, go for it. But in fact FredSmith.com has to be registered somewhere and its content has to be hosted by a server. That's the boring bit you do right at the beginning when you set up your website, and then never give another thought to it. But in the last few years, there's been a huge consolidation of domain registration entities. So you may think you're with the same mom and pop registrar you've been with for 20 years, but in fact three or four years ago they became part of Mega Global Thought Control, Inc., so at VDARE.com right out of the blue they got an email saying in seven day's time we're pulling the plug on you. So long!

So now there's two general stores opposite each other on the town common, but one is reduced to cash and checks only, and then it gets a notice saying it's being deemed ineligible for electricity supply, so good luck with your dairy and meat freezers.

Now this isn't about whether you agree with VDARE.com on immigration. They run Ann Coulter, and Pat Buchanan and John Derbyshire and that may all be a little strong meat for you. Well you're going to have to man up about this stuff, because letting the new totalitarians chow down on Ann and Pat doesn't mean the beasts are now sated, only that they've worked up an appetite for whoever's next, including you.

With the 1964 Civil Rights Act, America overthrew three quarters of a century of settled Supreme Court law on the government's ability to regulate private business, and indeed on the broader principle of freedom of association. So if you want a public accommodation such as a lunch counter, you can't serve whites and not blacks, and indeed only the other day rock ribbed originalist, Neil Gorsuch, extended those protections so that you can't serve cis gendered people and not transgendered people. And you know that there will be some or other group along 18 months from now, whether it's the intersexuals or the Two Spirited or whatever the hell comes next.

But right now we have the public accommodations of the computer age, PayPal, MasterCard, these domain registrars, announcing, indeed boasting that they won't do business with persons who advance views supported by half the American people. "Oh but what about the First Amendment?" Yeah I've been in an 8 year lawsuit, supposedly about whether I have the right to exercise my First Amendment rights, so you can imagine how I feel about the First Amendment. What matters is the broader culture of free speech and the constitutional fetishists don't seem to have noticed that freedom of expression is now openly mocked as merely a right wing obsession.

A couple of years back I used a phrase, not entirely in jest, on one of our Clubland Q&As with reference to the death of the big, messy, sprawling, decentralized internet of the turn of the century that I miss so much since it was replaced by a tyranny of ever more doctrinaire and capricious thought commissars. And I said that one day we'll be disseminating Steyn Online via the last rusting Xerox machine in the woods. Well the day of the last rusting photocopier in the woods is heading towards us very fast.

Eight years ago conservatives blew $1 billion trying to drag Mitt Romney across the finish line so that he could become president and spend the next 4 years screwing us over. Imagine what that billion dollars could've done starting an alternative to PayPal or Facebook, or even trying to get some landmark lawsuit before the Supreme Court as to whether these internet monopolies and cartels are in fact public accommodations that should be open to all. The right is caught in a vise because it never plays for any of the turf that matters.