Ted Cruz: Has All The Right Enemies 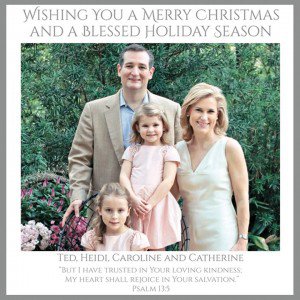 Disqualified, obviously. Note use of C-word.

Several decades ago (aaargh!) I was taught that the best test of soundness in a Congresscritter was how low his score was on the American for Democratic Action score card. (This was many years before the corruption at the American Conservative Union had become so blatant.) In other words, invert the enemy’s judgment.

On this basis, Ted Cruz is far and away the best contender for President out there.

Obviously the Left is predictably in frothing frenzy, The Cruz stratagems on Obamacare and Obamnesty have given them the biggest Congressional scares they have had in years. But the Neoconservatives are having hysterics too – four anti-Cruz decrees from Queen Jennifer Rubin from her Washington Post throne in a week. And yesterday Conservatism Inc waiter George Will obediently served up the ludicrous Is Ted Cruz The Republican Who'll Do What Others Couldn't? Investors Business Daily 04/01/2015 (tellingly headlined Cruz Is Aiming At The Wrong Republicans in the Washington Post)

Texas Sen. Ted Cruz was born in 1970, six years after events refuted a theory on which he is wagering his candidacy.

The 1964 theory was that many millions of conservatives abstained from voting because the Republican Party did not nominate sufficiently deep-dyed conservatives….

Will conveniently forgets this argument was repeatedly used against Ronald  Reagan as Pat Buchanan has pointed out.

Why is Cruz hated so much? He is actually wobbly on Immigration and the National Question and slavishly subservient to the Israel Lobby on the Middle East.

I hypothesized in The Ted Cruz Problem: Christophobia that he is suspected of being a Believer.

Sen. Ted Cruz of Texas raised about $4 million in the eight days after he formally announced his candidacy for the Republican presidential nomination, his campaign staff said…

Of the total raised in the eight days after Mr. Cruz’s announcement, 95% were contributions of $100 or less… The average donation was about $83.

This means that Cruz could access the kind of support which enabled the great Jesse Helms to defy the Political Establishment, greatly to the benefit of America. This is anathema to the Neoconservatives, who much prefer that their billionaire friends own the GOP.

A third possibility is that he understands reality too well. This thought occurs reading Ted Cruz: My First Act As President Will Be To Undo Obama’s Unconstitutional Executive Orders by Matthew Boyle 1 Apr 2015

President Obama is fond of saying he has a pen and he has a phone,” Cruz said. “Well, live by the pen and die by the pen. Every illegal executive action that he puts in place can be undone in an instant by the next president through the same mechanism. The proper avenue for creating law in this country is not unilateral decree. It is rather passing legislation through Congress that is signed into law by president pursuant to the dictates of the Constitution.”

Cruz has shown signs of brains before, as I noted in Smart Thinking: Ted Cruz Proposes Swiss Solution after his election to the Senate and before in Ted Cruz Comes Through: Calls For Reversal Of Obamacrat Administrative Amnesty

As President Obama has demonstrated all too well, a determined and enterprising man in the Presidency can do a tremendous amount.