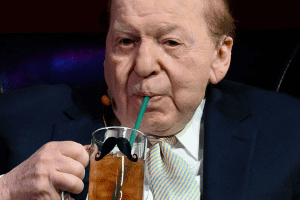 First, the magnitude of the Republican debacle over CROmnibus needs to be stipulated. After an election cycle which started with the shock primary defeat of Amnesty squish Eric Cantor by Patriot David Brat and ended with the resounding rejection of driving licenses for illegals by Oregon voters (at the same time as they returned a Democrat Senator), and with sweeping gains by Republicans across the country, the GOP Congressional leadership has passed a measure which acquiesces in Obama’s Administrative Amnesty coup d’état (and in the racial socialism of Obamacare as well).

Late Saturday night, while few Americans were paying attention, the GOP establishment abrogated the last distinguishing factor that existed between the two parties. The GOP elites in the Senate joined Democrats in declaring our Constitution null and void.

…20 Republicans – including Senators Mitch McConnell (R-KY) and John Cornyn (R-TX) – voted with Democrats to affirm the constitutionality of Obama’s act.

Anyone who scans the conservatively-inclined media knows that the Republican grassroots are ablaze with rage (unless one were to make the mistake of looking at National Review Online, which is trying hard to distract its serfs with fireworks about the CIA Torture report).

So the question is: why would any normal politicians, fortified by such an election, so incense their supporters by pushing through a transformational measure certain to destroy their party’s election chances quite quickly and very permanently? Don’t they want to defeat Obama and the Democrats?

Senator Jeff Sessions has explicitly asked this: Jeff Sessions Writes About The Senate’s Surrender On Facebook: “Why Can’t Americans Get Representation In Their Own Senate?”

Planets such as Pluto were discovered by realizing that other planets orbiting in different paths than would have been predicted considering known gravity sources. On Wall Street, the egregious corporate looting via the option backdating mechanism a decade ago was detected because of the strange pattern of firms claiming to have issued large quantities of options immediately before big stock price moves.

Similarly, the most efficient explanation for the otherwise profoundly anomalous behavior of these GOP Pols: they have acute ADD – Adelson Dollar Disorder. Or, to put it another way, they have been bribed.

The key fact in American political life is that a small group of billionaires are spending heavily to wrench the GOP out of the path that the inclinations of its base—formerly also its chief funding source—would normally indicate. The leader of this effort: Gambling Mogul Sheldon Adelson.

Adelson announced his intention to corrupt the GOP in a pair of advertorials carried by the Wall Street Journal immediately after the 2012 election. I discussed these in Sheldon Adelson Buying Amnesty From GOP Establishment—Help VDARE.com Inform Grassroots America!

Adelson’s fingerprints were all over the 113th Congress, from almost succeeding in engineering war last year (Syria: Why Are Boehner And Cantor Defying Base And Ignoring Country? Because They Have ADD!) to dictating DC drug policy. I was right to ask last month Obama’s Amnesty By Decree: Has Sheldon Adelson Already Paid The GOP Leadership To Take A Dive?

Now in a repeat of the 2012 advertorials Adelson and his friends have briefed the New York Times and the Washington Post about their plans to implement the strategy I noted in May: AdelZuck Servants Move To Exclude Serfs And Their Issues From GOP Presidential Selection Process.

Mr. Adelson, a major donor to pro-Israel groups and someone with moderate views on social issues

Harry Reid was right about Adelson, but documentation of the fact has been slow to appear.

Amusingly Adelson has come to the same conclusion as VDARE.com about rapacious GOP political consultants.

Mr. Adelson, who is based in Las Vegas, is engaged in discussions with his small circle about how to take his political spending in-house and is considering setting up his own super PAC to intervene in congressional and presidential races.

With the grotesque Sheldon Adelson Primary getting underway again Patriots need to enforce these resolutions After all, where in the Establishment Media, liberal or “Conservative,” have you seen these facts laid out?