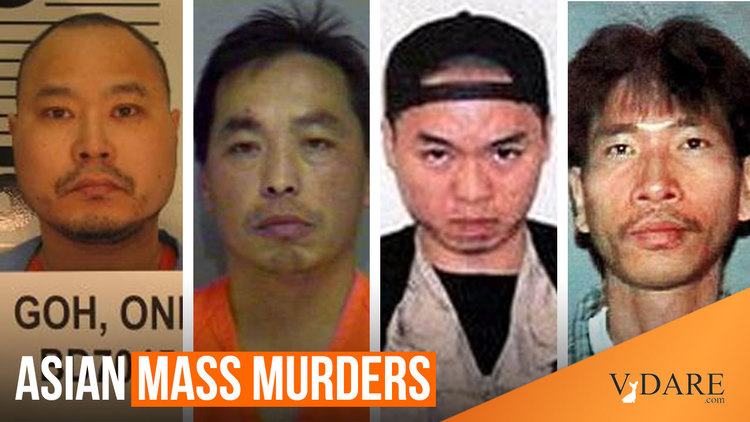 Talking About Asians, Why Does No One Remember Their Immigrant Mass Murders?—107 Deaths In 20 Years

Sam was writing about the phenomenon we call "Immigrant Mass Murder," and he wrote

The link between immigration and violence is that the aliens lack roots in the society and civilization into which they import themselves. The people they see aren't their people, and their moral and social norms aren't theirs either. Being strangers in a strange land, they feel little obligation to it or its members.

This, by the way, is what anti-colonialists used to say about white men in Asia. Whenever a member of a minority or immigrant community commits a heinous crime, especially one that could be considered typical of their culture, white Americans are told not to Notice, and the MSM runs stories about "fears of backlash." (We file these under MSM Backlash Libel.) There was a backlash story from AP in 2002.

When Seung-Hui Cho killed 32 mostly white students at Virginia Tech, the Asian-American Journalists Association wanted no mention made of either Cho's race or immigration status.

Below, the Virginia Tech victims: 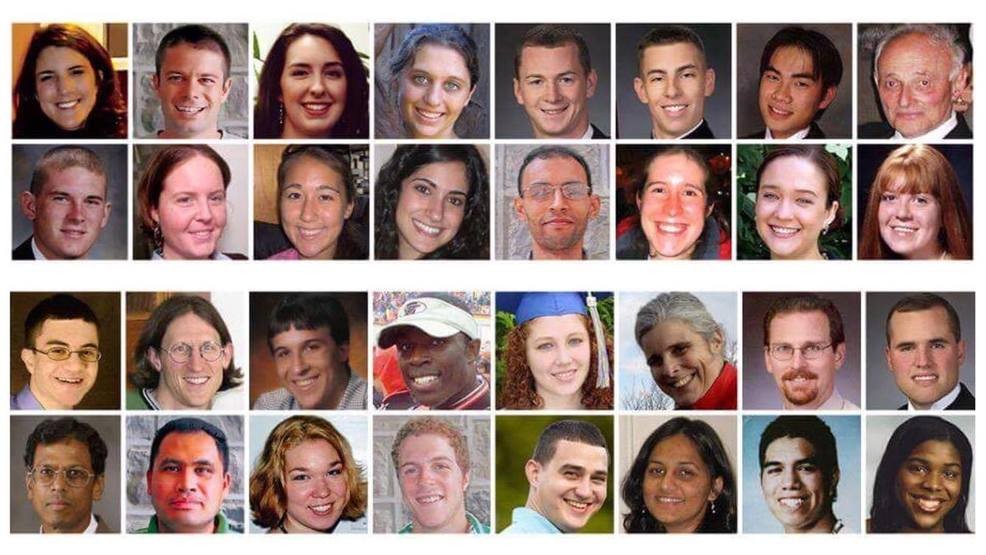 As RamZPaul points out:

In 2007 Seung-Hui Cho killed 33 Whites at Virginia Tech. The media and government claimed that it was important not be blame Asians.

2021 a White man killed 6 Asians and 2 Whites in what the FBI admitted had no racial motive. The media and government blamed White people. pic.twitter.com/G8XHL40W5K

While many of the killers below are within-race killers, killing family members or associates, many of the mass murderers targeted whites specifically.

From our FAQ, a list of  Immigrant Mass Murders committed by Asians.