What we call a "Disgruntled Minority Massacre" is when a member of a minority group shoots up his workplace or similar situation because he's decided that he was was fired because of "racism" instead of, say, theft.

Chinese-American veteran Albert Wong, the gunman in the recent Yountville shooting, was dropped from a program for veterans suffering stress, and reacted by shooting the people who dropped him:

Officials have named Albert Wong, 36, as the suspect in the Yountville Veterans Home of California shooting, where a gunman took three hostages after sneaking into a building on the Veterans Home grounds during a going-away party. He had previously been treated for PTSD at The Pathway Home, but had been asked to leave the program just a couple weeks ago. The facility is supposed to be a haven for veterans, with the Veterans Home helping veterans of all ages, from World War II to present day. Now, many residents are concerned that the tragedy will harm their loved one’s health, both psychologically and physically.

The gunman and the three hostages were found deceased after a nearly seven-hour standoff. It’s not yet known what his motives were or if the victims were chosen at random. SWAT, FBI, and ATF all responded to the incident, but no one was able to reach him during the standoff. The Veterans Home is one of the largest in the United States, housing at least 1,100 men and women. The Pathway Home, located on the Veterans Home grounds, is dedicated to helping post-9/11 veterans.

You're going to be hearing a lot more about his branch of service, where he got his gun, his PTSD, et cetera, than either his race or immigration status.

But here's a prediction—if he left a note claiming he was dropped from the program because he was Asian, the deceased victims will be investigated posthumously for racism, like Omar Thornton's victims were. [ No proof of racism at site of 2010 shooting rampage: police, Reuters, May 12, 2011]

Quick update—victims are three white women. When a minority gunman targets white women, you generally get a lot of headlines about misogyny, rather than, you know, racial prejudice. 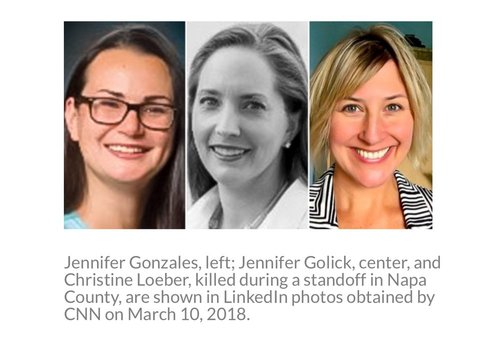