This is apparently a huge story. From the New York Times:

Twitter feuds claimed another high-profile casualty on Tuesday when the writer Ta-Nehisi Coates deleted his account after sparring with the Harvard professor Cornel West.

It started on Sunday, when Mr. West published an article in The Guardian calling Mr. Coates “the neoliberal face of the black freedom struggle,” and accusing him of “fetishizing white supremacy” while ignoring “Wall Street greed, U.S. imperial crimes or black elite indifference to poverty.” … 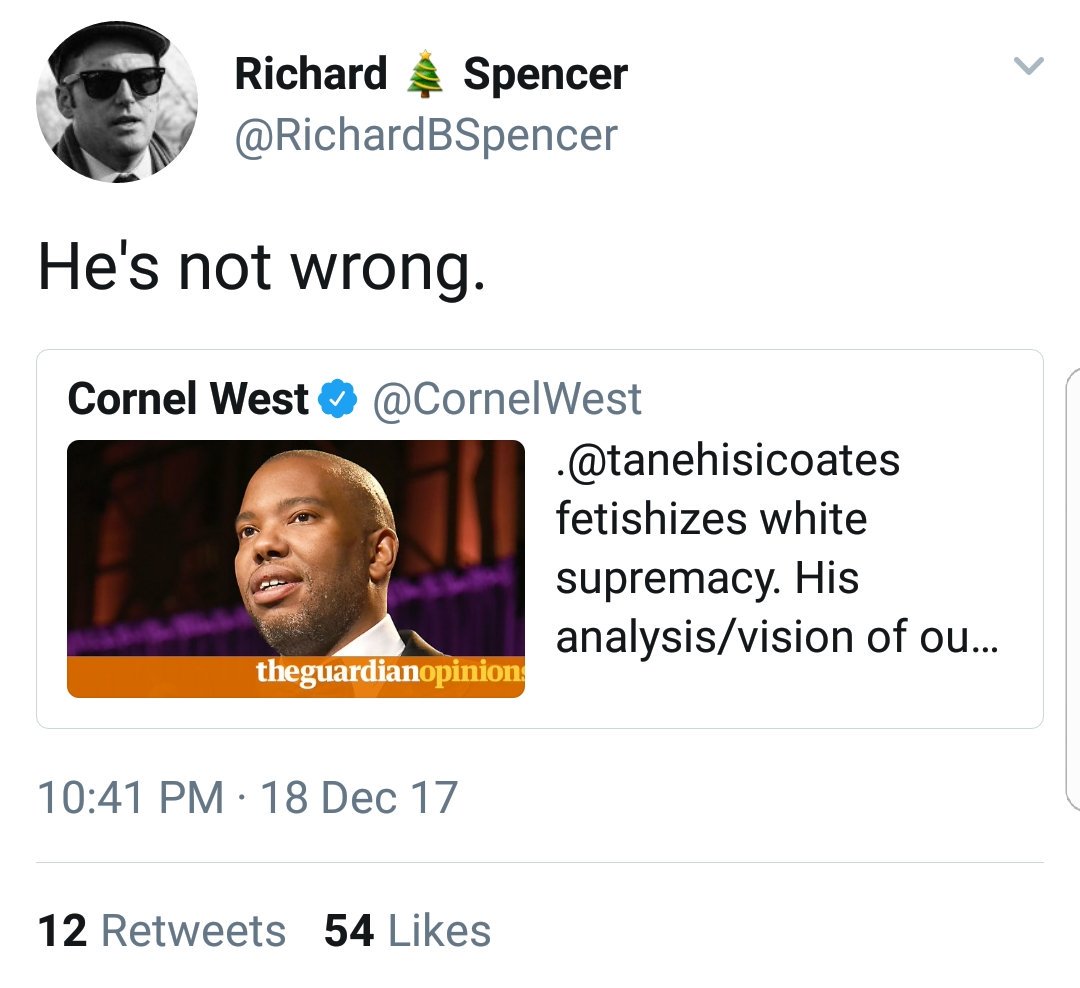 Mr. West’s tweet also drew plenty of agreement, including from supporters on the political left. But it was also retweeted by the white supremacist Richard Spencer, who added, “He’s not wrong.” …

Late on Monday, Mr. Coates, who had more than 1.25 million Twitter followers as of earlier this month, tweeted, “Peace, y’all. I’m out. I didn’t get in it for this.” And at some point after that, he deleted his account.

West is a showman, a BS artist, and West calling out Coates what, in the world of wrestling, is a “work.” It’s just a game: West gets his name in the papers and clings to Coates a bit by saying he’s not man enough (“a neo-liberal”) and Coates is supposed to answer this feud by listing his credentials and pretending to be mad back.

What you’re not supposed to do is what Coates did: get your feelings hurt and quit Twitter.

This kind of showbiz/wrestling dynamic is something Trump instinctively gets, calling his opponents names and slandering them and then asking them to work the phones for his campaign.

It’s because Trump gets showbiz and the “work.” Hence Trump being in rap songs and in pro-wrestling. He gets fights: both fake and real.

Coates doesn’t understand the fake nature of modern punditry. So when West says he’s soft, instead of fighting back and playing the game with Coates, he just quits.

As you’ve pointed out, the real bullies in Coates’ life, as a kid and now as a pundit, have been other black men. But he projects all that frustration into white men and supremacy et al.