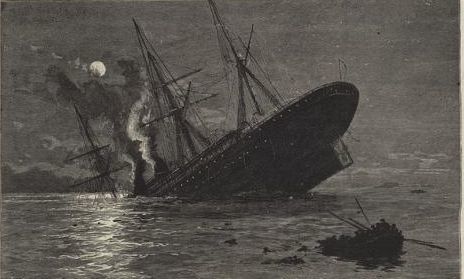 The kritarchs are angry, not just "culturally Muslim" cuties like Ashley Tabaddor, who despite her pleasant visage has internalized anger issues, and are starting to see that the writing is on the wall.  They are on the way out in the immigration bureaucracy, their one-time power is dwindling, and their ship of state is sinking.  Again, Based Bill Barr has a win with bureaucrat game.  With immigration the President stands above all with his power.  Sadly, President Trump is not using the power he has.  But when the executive acts, there is little that can be done to stop that exercise of raw political power.  Fortunately Based Bill is acting, acting like a chad, and the soy boys in the kritarchy have the sads.

The nation’s immigration judges lost a key leader this week, the latest in a string of departures at the top of the system amid a backlog of cases and a migrant crisis at the southwestern border.

The official, David Neal, said that he would retire from his position as head of the judges’ appeals board effective Saturday. “With a heavy heart, I have decided to retire from government service,” Mr. Neal wrote in a letter sent to the board Thursday and obtained by The New York Times.

He gave no reason for his abrupt departure and asked his colleagues to “keep true to your commitment to fairness and justice.”

The Treason Bar was, of course, warning of an apocalypse with Neal’s departure, which, really, it could hopefully be, especially as more are following him out the door.

Mr. Neal’s decision follows a shake-up at the Executive Office for Immigration Review, the court system that adjudicates the country’s immigration cases, including asylum cases. It is part of the Justice Department, not the judicial branch.

Three of its senior career officials — MaryBeth T. Keller, the chief immigration judge; Jean King, the general counsel; and Katherine H. Reilly, the deputy director — all left their roles this summer. Ms. King stayed at the immigration office in a different post.

This is how one plays the bureaucrat game.  One makes one’s enemies, Obama appointees mostly, though Neal is a RINO, to the Board of Immigration Appeals (BIA) unhappy in their positions.  Neal, Keller, King, and Reilly did not like being forced to do their jobs to the standards set by President Trump and Based Bill.  Sads all round.  So sad were they that they retired rather than have to send illegal aliens home.  Personnel is policy, now get rid of Kevin McAleenan.  Hopefully Khan and Tabaddor will follow with their resignations.

An interesting aside in the article—Kritarchs are complaining that they are being treated like immigration officers.

Mr. Sessions treated the judges “like immigration officers, not judges,” said Paul Schmidt, a former judge in the immigration courts.

For those with knowledge of the long sordid history of the immigration appeals system that complaint was telling in so many ways.  The first of which is that the kritarchs don’t like being told what to do, unlike other employees of the executive branch who follow orders, instructions, and policy that emerges from the sole authority for that, the President.

But the other telling point of that complaint was that it was experienced immigration officers, mostly Immigration Inspectors or Immigration Examiners then, who were the appellate officials for the system on Boards of Special Inquiry before the kritarchy of the Executive Office for Immigration Review (EOIR) was created in 1983.  Later the Boards  were abolished and the Inspectors and Examiners were changed by statute to Special Inquiry Officers (SIO), but remained experienced Immigration Inspectors and Immigration Examiners on temporary assignment as SIOs.  The important issue here is that SIOs were immigration enforcement officers, not lawyers, assigned to review cases for the proper application of immigration law, not wannabe kritarchs making their own political policy.  And herein is the essence of the complaint from the kritarchs: they want to make policy, not follow policy from the President.

Based Bill sees this and is taking care of business.  Playing and defeating the kritarchs with the bureaucrat game.  Now is the time to step up this strategy with the rest of the immigration bureaucracy.