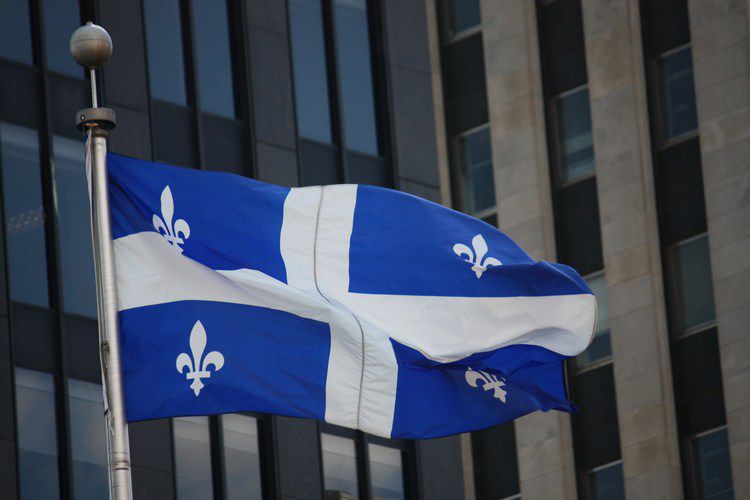 [See Also: Brimelow on Canada, US: "We May See Boundaries Redrawn Across North America"]

The concept of laïcité, or a state secularism, is an important part of French republican culture. It’s also found its way into Quebec. Both in France and Quebec, many mass immigration advocates oppose the policy because they claim it denies newcomers the freedom to display their religion. Leftists usually hate it when religious traditionalists display their faith, but that only applies to Christians.

In France, the focus is mainly on Muslims. In Quebec, the focus is often Sikhs as well. Since politics is about who, and not what, the leftist line has changed.

Quebec recently passed laws both limiting immigration and banning state employees from wearing religious symbols. One suspects that if traditionalist Roman Catholics were wearing crucifixes in classrooms, journalists would not be happy. However, since we are talking about Sikhs, the sob stories have begun.

Amrit Kaur is slowly settling into her new life in Surrey, B.C., after she moved last month from her hometown of Montreal — not because she wanted to but because she says she felt she had to.

Under Quebec’s new secularism law, Kaur, who is Sikh, would have had to remove her turban to teach, something she wasn’t willing to do.

With the election campaign in full swing, secularism is quickly becoming a ballot-box issue in Quebec. Premier François Legault has warned federal leaders not to meddle with Bill 21, his secularism law, which bars some public-sector workers from wearing religious symbols, such as hijabs, turbans and kippahs.

Other than the leader of the Bloc Québécois, most federal leaders have criticized the law. But so far, none have promised to seek intervener status in any potential lawsuit…

As she starts her new life in B.C., Kaur says what’s happening in Quebec saddens her. She wants the federal government to step in.

“Quebec, after all, is in Canada. It is governed federally as well as provincially. If the provincial governments are not protecting minorities then the federal government needs to do so because at the end of the day, we are people who are voting,” she said.

[Why secularism is quickly becoming a ballot-box issue in Quebec, by Amanda Jelowicki, Global News, September 21, 2019]

She’s likely to be disappointed. The Canadian Left does not seem eager to directly challenge these laws for fear on antagonizing the province’s voters in the upcoming elections. Then Quebec premier Jacques Parizeau famously blamed the agonizingly close defeat in the 1995 independence referendum on “money and the ethnic vote.” Today, the multicultural Left seems a bit more cautious about offending Quebec separatists.

National Democratic Party (NDP) leader Jagmeet Singh recently bent the knee. He “tried to have it both ways” according to the Times-Colonist, in a recent appearance on a popular television show. He declared he shares Quebec’s “values,” including “abortion, women’s rights, and same-sex marriage,” as well as the French language. He also said he opposed the Quebec provincial government’s support for state secularism, but claimed he “recognized the competency of Quebec in this file.”

Quebec Premier François Legault flexed his nationalist muscles before the federal party leaders Tuesday, laying out a list of demands to boost the province’s power at the expense of Ottawa.

Mr. Legault asked for more power over immigration, language and tax collection, one week after telling federal leaders to stay out of any court cases contesting Quebec’s controversial ban on the wearing of religious symbols in some public service jobs.

Quebec premiers traditionally present a list of demands during federal elections, but few in the past 20 years have been as forceful as Mr. Legault. The former separatist who renounced Quebec independence several years before leading his Coalition Avenir Québec to power remains an unabashed nationalist. He is pushing hard for more power on an agenda of cultural preservation for Quebec’s francophone majority.

“Quebec is a distinct nation, free to make its own choices in areas linked to its existence,” Mr. Legault said just before the National Assembly resumed sitting for the fall. “I want the federal parties to commit to respecting Quebec’s choices in these areas, which are fundamental for our nation.”

[Francois Legault lays out list of demands to boost Quebec’s power at expense of Ottawa, by Les Perreaux, The Globe and Mail, September 18, 2019]

This is coming at a time when national populism is finally rising in Anglophone Canada. Maxime Bernier’s People’s Party is starting to become a serious force. Justin Trudeau’s Liberal Party is reeling from the blackface scandal, and some polls have the center-right Conservatives in the lead at the federal level [Blackface damages Trudeau at polls as he vows lower taxes, cellphone costs, by Edmund DeMarche, Fox News, September 23, 2019].

The political instability is one reason why you don’t see a full-throated attack on Quebec’s policies. No party can afford to lose the province’s votes if it wants to compete at the federal level.

Ultimately, this shows the fundamental incompatibility of the Canadian union. Peter Brimelow has long said keeping Quebec in the federal state is both impossible and undesirable. The sooner Quebec and Anglophone Canada can go their separate ways, the better for both nations.