The Unbearable Whiteness of Baseball 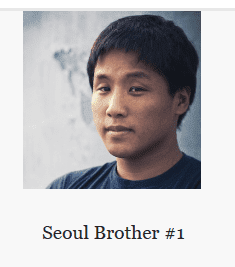 By instinct, honed reflex and general contrarianism, I root for all “flashy” “showboats” who are “disgraces to the game.” …

As I grew older and started feeling alienated from my white classmates, I gravitated toward athletes who, in some way, flouted the white, stoic traditions of American sports — Allen Iverson, Ken Griffey Jr., Rasheed Wallace, Pedro Martinez. I felt as if this was a moral choice.

As this baseball season begins, I’ve been thinking about Henderson because of a problem that has been discussed ad nauseam in sports media: Whether we’re talking about Mike Trout, the young center fielder for the Los Angeles Angels whose beefy efficiency has already put him on track to become one of the greatest players of all time, or Clayton Kershaw, the tall Dodgers lefty with the knee-buckling curveball, or Giancarlo Stanton, the Miami Marlins slugger who signed a $325 million contract, baseball’s pool of young talent just doesn’t captivate fans like the stars of football and basketball.

Giancarlo Stanton, whom I watched play football when he was in high school, is a good example of how suburban athletic talent is moving away from football and basketball. As a 6’6″ and massive mixed race kid, Stanton was a star basketball player at Notre Dame HS and an ungodly defensive end on the football field, with an excellent chance of making the NFL. But he chose baseball instead, and, as Kang admits, now has a $325 million contract. Perhaps he’d be getting more tweets on Black Twitter if he’d chosen a different sport, but, on the other hand, he does have a $325 million contract.

From a financial point of view, of course, the sport is doing just fine. Overall ballpark attendance is up. According to Forbes, the average value of a major-league team jumped nearly 50 percent between 2014 and 2015, and last season the league’s annual overall revenue approached a record $9.5 billion.

But baseball’s cultural relevance has been in a steady decline.

Doomsday prophets point to the N.F.L.’s dominant TV ratings, the advancing age of baseball’s core fans — the median age of baseball’s TV audience is 56; basketball’s is 41 — and the hordes of young acolytes who bury their heads in their phones to watch Vines of Steph Curry’s nimble acrobatics. Social-media metrics aren’t gospel, of course, but baseball measures up badly on virtually every online barometer, whether Twitter trends, Facebook activity or Instagram posts. Aside from some New York-related blips, World Series ratings have been steadily decreasing for the last 20 years.

As this graph from John Rivers shows, in reality baseball is much more diverse and “looks more like America” than the NFL and the NBA.

The source of baseball’s diminished hold on our imaginations runs much deeper than social-media strategy. The problem lies in the demographics of baseball’s rosters, and the shameful way in which the majority of its media has failed to pay anything approaching adequate attention to the Latino players who have entered the game over the last two decades.

Rather than embrace and promote its Spanish-speaking stars, baseball’s media have mostly ignored them. …

Last year, black players made up just over 8 percent of big-league rosters, down more than 50 percent from 1981. Analysts have been searching for an explanation. Some argue that baseball’s retrograde culture and traditions no longer appeal to inner-city youth who have been mesmerized by the speed of basketball and football. Others focus, far more convincingly, on the rising expenses of youth baseball programs and the relative dearth of scholarships offered by college baseball programs: According to a report from the Institute for Diversity and Ethics in Sport, black players made up only 2.9 percent of Division I college baseball teams in 2014-2015.

The decline in black faces in the Major Leagues coincided with a surge in Latino players, who made up roughly 30 percent of rosters last year. But rather than embrace and promote its Spanish-speaking stars, baseball’s media have mostly ignored them. … Vladimir Guerrero, the Clemente of the aughts, who hit and threw with a balletic violence, seemed to go through his entire career without a single memorable interview or profile.

Mr. Kang is quite right about the white media’s racist conspiracy of silence against Latino ballplayers. Look how Jose Canseco, Sammy Sosa, and Alex Rodriguez never got any publicity about their God-given natural talents.

By the way, it would be fun to graph the spread of the MSM headline cliche of misquoting Kundera about the “Unbearable Whiteness” of this or that as an answer to the question, “What in the world are white people upset about that they are listening to Donald Trump?”

Kang’s Wikipedia entry is pretty funny if you’re familiar with the concept of the Coalition of the Fringes:

Kang was born in Seoul, South Korea, and grew up in Boston and Chapel Hill, North Carolina. He graduated from Bowdoin College.[4] At Bowdoin, he was awarded the prestigious 2003 Sinkinson Prize for Best Short Story and founded ritalin magazine.[5] He received his Masters of Fine Arts degree from Columbia University.[6]

Kang’s journalism has appeared in the New York Times Magazine, Wired, The Morning News, Deadspin, The Awl, and The Atlantic.com and many of his sports articles have appeared in Bill Simmons’ Grantland.[7] Among his more notable sports articles for Grantland are his articles covering Jeremy Lin. His notable articles on Lin include “A Question of Identity”,[8] “The Uncertain Future of Linsanity”[9] and “Dumb Move, Dolan.”[10] He has also written an article about Ichiro Suzuki entitled “Immigrant Misappropriations: The Importance of Ichiro”[11] and about Kareem Abdul-Jabbar entitled “What the World Got Wrong About Kareem Abdul-Jabbar.”[12]

Kang’s debut novel, The Dead Do Not Improve was released in 2012 by Hogarth/Random House.[13] … The book revolves around a disgruntled MFA graduate named Philip Kim, who discovers that his elderly neighbor has been murdered, and who soon becomes the unlikely protagonist of a quickly unfolding mystery.[15] Kang mentioned that he wanted to write the book about Korean American male anger and reflect on how the Virginia Tech shooter, Seung-Hui Cho, was also Korean.[16]

As for how Koreans and blacks get along in the real world:

And from Ice Cube:

And from John Singleton’s Boyz n the Hood, the Seoul to Soul Real Estate Co. billboard:

Samsung’s opinion of rappers and their posses: