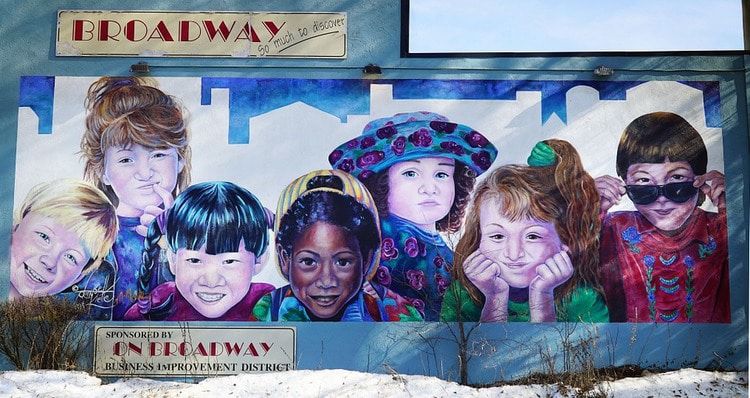 San Francisco Has a Comprehensive Plan to Lower Test Scores Even Further. It's Called "Ethnic Studies"

As I pointed out in Taki’s Magazine recently, San Francisco is like the Puerto Rico of billionaire cities when it comes to abysmal public school test scores. But don’t worry, the San Francisco school board has a plan to make its students even more ignorant. From the San Francisco Examiner:

Efforts to educate students on concepts such as structural racism, identity and social justice could soon gain traction in San Francisco as school board members work to expand the district’s current ethnic studies offerings.

A resolution introduced in June by school board members Alison Collins and Jenny Lam seeks to implement an ethnic studies framework district wide, in all subject areas and across all grade levels.

Keep in mind that history and English were both turned into branches of ethnic studies long ago, but now the demand is for separate ethnic studies courses as well. For example, in 2010 I reviewed a 1277-page US history textbook that didn’t have any room to mention the Wright Brothers because what have airplanes ever done for America?

The resolution, called “Equity Studies to Implement Humanizing Learning Experiences for All Students,” would commit the San Francisco Unified School District to centering its curriculum around “decolonizing and anti-oppressive” pedagogy and a “humanizing” framework for teaching students based on three guiding principles: self-love and knowledge, solidarity between communities and self-determination.

“Our resolution expands and builds on the work of previous boards, made up of many resolutions regarding ethnic studies,” said Lam, who is Mayor London Breed’s education advisor and Chinese American. “It’s time for us to implement ethnic studies districtwide, and address values, cultural competence, and relevance to guide all curricular decisions.”

“What this resolution does is help bring to light for our students the whole notion of invisibility our students of color experience, and the stereotype of the model immigrant,” she said. …

Concordia said that SFUSD’s ethnic studies program is in many ways ahead of the curb.

… She then developed a project centered around genocide, jin which her students were prompted to choose a country in which genocide occured and produce a video project examing its implications for that country’s history and people.

Push for Ethnic Studies in Schools Faces a Dilemma: Whose Stories to Tell

Discuss a recent instance of police brutality in your community. Read op-eds arguing for and against legal status for unauthorized immigrants. Compare and contrast border conditions in the Palestinian territories and Mexico.

Those are some of the lesson plans suggested in a draft of California’s newly proposed ethnic studies curriculum for K-12 public schools. The documents have led to bitter debate in recent weeks over whether they veer into left-wing propaganda, and whether they are inclusive enough of Jews and other ethnic groups. Now, amid a growing outcry, even progressive policymakers in the state are promising significant revisions.

The materials are unapologetically activist — and jargony. They ask students to “critique empire and its relationship to white supremacy, racism, patriarchy, cisheteropatriarchy, capitalism, ableism, anthropocentrism and other forms of power and oppression.” A goal, the draft states, is to “connect ourselves to past and contemporary resistance movements that struggle for social justice.”

The debate in California highlights some of the difficult questions that educators will face: Which groups, and whose histories, should be included? Is the purpose to create young, left-leaning activists, or to give students access to a broad range of opinions? And are teachers, the majority of whom are white, ready to teach a discipline that is unfamiliar to many of them? …

But after California released the draft of the materials for public comment in June, some Jewish legislators and organizations complained that anti-Semitism was not an area of emphasis, while the Boycott, Divestment and Sanctions movement against Israel came up repeatedly. Armenian, Greek, Hindu and Korean organizations later joined the Jewish groups in calling for revisions.

What about the Sikhs? Last time I checked, about a decade ago, they were complaining that Sikh-Americans were left out of history textbooks.

Shereen Bhalla, director of education for the Hindu American Foundation, said the curriculum should include information on the contributions Indian-Americans have made to the United States, and on the discrimination they have faced through immigration restrictions and hate crimes.

It did not help that some of the terms used throughout the more than 300 pages of documents — “hxrstory, “cisheteropatriarchy,” “accompliceship” — were inscrutable to many in Sacramento and beyond. …

Faith Palileo, 18, said that before she took ethnic studies at Balboa High School in San Francisco, she would often cut class. She considered school a chore, filled with textbook-driven lessons that were irrelevant to her life.

That changed, she said, when she enrolled in American history and ethnic studies classes taught by Nikhil Laud, one of the leaders of San Francisco’s program, which is seen as a model by many across the state.

She and her classmates made posters, featuring their own photographs, on which they wrote down and countered the racial and ethnic stereotypes they had faced.

And, no doubt, they talked about their hair.

… According to a glossary included with the documents, “hxrstory,” pronounced “herstory,” is history written from a gender-inclusive perspective. “Cisheteropatriarchy” is a system of power based on the dominance of straight men who are not transgender. “Accompliceship” is the process of building relationships grounded in trust and accountability with marginalized people and groups.

The public school student body of California is much more diverse than the teacher corps that would be tasked with adapting college-level concepts for the K-12 classroom. More than three-quarters of California students are nonwhite, but 62 percent of their teachers are white.

But the area of the draft curriculum that proved most divisive is how it treats Palestinians and Jews. Lara Kiswani, executive director of the Arab Resource and Organizing Center in San Francisco, said that for too long, Arab-American issues had received short shrift in the curriculum.

… They pointed out that Jewish studies is not usually included under the ethnic studies umbrella, and that California law already requires instruction on the Holocaust and genocide.

The more courses are mandated to graduate, such as now Ethnic Studies, the less time students have to retake mandated courses that they’ve flunked.