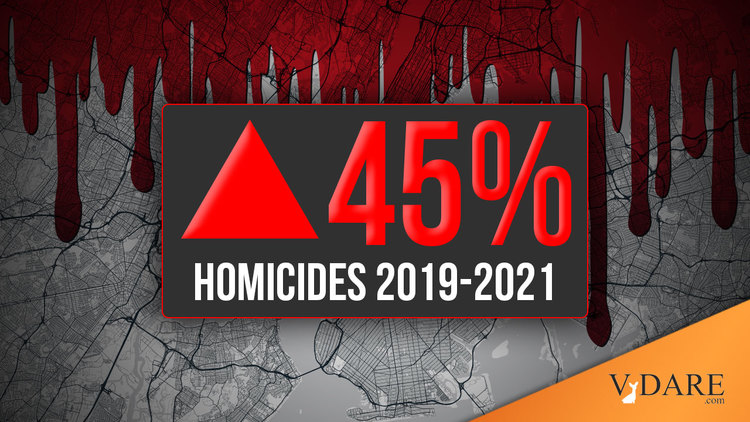 Rather than wait around for the FBI and CDC to finally announce next autumn the number of murders in the year just ended, my New Year’s tradition has become to count them up myself.

I was able to dig up fairly reliable numbers for 44 of the 50 biggest cities.

Last fall, when the FBI announced murders were up 29 percent nationally and the CDC found homicides were up 30 percent, this embarrassing carnage count was frequently described as a “spike.” While dramatic, that term also suggests that real soon murders will be coming down as fast as they went up now that the steady hand of Joe Biden is on the national tiller.

The FBI counted 4,901 more murders nationwide in 2020 than in 2019. If, as there was in my urban sample, there was a small rise nationally in 2021, then there have been approaching 10,000 incremental murders during the second set of Black Lives Matter years, with likely about 6,000 of the extra dead being black bodies.