Sad, But True: Even Middle-Class Blacks Tend To Be Bad For Property Values.

‘This can’t happen by accident.’

For generations, African Americans have faced unique barriers to owning a home — and enjoying the wealth it brings. In Atlanta, where predominantly black neighborhoods are still waiting for the recovery, the link between race and real estate fortune is stark.

SOUTH DEKALB COUNTY, Ga. — When the new subdivisions were rising everywhere here in the 1990s and early 2000s, with hundreds and hundreds of fine homes on one-acre lots carved out of the Georgia forest, the price divide between this part of De­Kalb County and the northern part wasn’t so vast.

Now, a house that looks otherwise identical in South DeKalb, on the edge of Atlanta, might sell for half what it would in North DeKalb. The difference has widened over the years of the housing boom, bust and recovery, and Wayne Early can’t explain it.

The people here make good money, he says. They have good jobs. Their homes are built of the same sturdy brick. Early, an economic development consultant and real estate agent, can identify only one obvious difference that makes property here worth so much less.

“This can’t happen by accident,” he says. “It’s too tightly correlated with race for it to be based on something else.”

The communities in South DeKalb are almost entirely African American, and they reflect a housing disparity that emerges across the Atlanta metropolitan area and the nation. According to a new Washington Post analysis, the higher a Zip code’s share of black residents in the Atlanta region, the worse its housing values have fared over the past turbulent housing cycle. 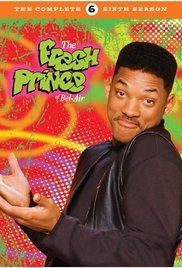 Part of the bursting of the Housing Bubble in 2007-2008 was the unexpected rediscovery that old stereotypes about black and Hispanic neighborhoods being poor investments tend to be true.