Retconning History: Roth's THE PLOT AGAINST AMERICA Wrong—The South Was Anti-Nazi In The '40s

As I mentioned earlier, there’s a growing myth in 21st Century America that white Southerners sympathized with Hitler. In reality, the South was most anti-Nazi part of the country. Commenter CCZ finds for me the Nicholas Lemann passage I was trying to recall: 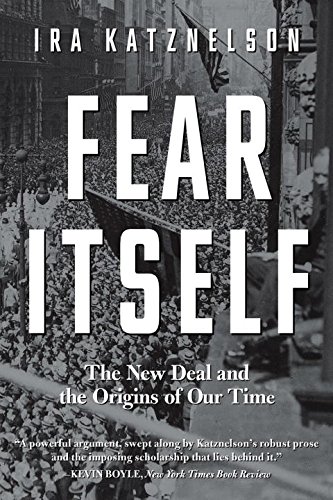 You are correct about Nicholas Lemann’s comments. They appeared in his September 26, 2013 NY Review of Books review of Fear Itself: The New Deal and the Origins of Our Time by Ira Katznelson (Liveright, 706 pp.):

“As the South was turning away from solidarity with Roosevelt on domestic issues, Roosevelt’s own attention was turning to the coming of World War II—and there, in Katznelson’s telling, the South was completely supportive, far more so than the rest of the country. The dominant strain in the Republican Party in those days was isolationist, and, as Katznelson reminds us, the northern, urban wing of the Democratic Party included many Italian-Americans, German-Americans, and Irish-Americans who were skeptical about the war.

“The South has always had a more martial culture than the country as a whole. Still, it isn’t entirely clear why the South was so militantly anti-Nazi—Adolf Hitler was a big fan of Gone With the Wind, and many prominent Nazis assumed that many in the South would find their racial views sympathetic, but they didn’t. The crucial steps before the Pearl Harbor attack that made the United States as prepared for the war as it was—including large increases in military spending, military aid to Great Britain, and the establishment of a draft—would all have been impossible without the enthusiastic backing of southerners in Congress. In return, the South got some assurances that the militarization of the United States would proceed in ways that did not threaten Jim Crow, such as the maintenance of segregated army units.”

Commenter Anonymouse2 cites an example of Southern bellicosity before Pearl Harbor brought the whole country around:

The Lend-Lease Act passed in March 1941 on a vote of 60-31. Only one Southern senator – Robert Reynolds of North Carolina – voted against it. Every other region of the country was much more divided – 5 of 12 New England senators voted against it, as did 3 of the 6 senators from the Left Coast.

Of course if you read the Wikipedia article on the Act it only discusses partisan differences in support (Democrats were much more supportive of Lend-Lease than Republicans), but makes no mention of regional ones.

In January, 1941, almost a year before America entered the war, Gallup conducted an opinion poll with the question “Which of these two things do you think it is more important for the United States to try to do – to keep out of the war ourselves, or to help England win, even at the risk of getting into the war?”

Southerners were the most pro-England / anti-Germany with 76% agreeing that helping England win was more important than staying out of the war, while only 55% of Midwesterners prioritized England winning. 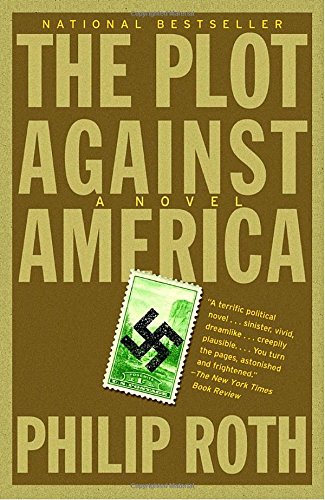 One contributing source to this growing myth of Southern sympathy for Hitler is Philip Roth’s 2004 bestseller The Plot Against America, an alternative history story in which aviator Charles Lindbergh, who was the son of a Swedish-American Republican Congressman, runs against FDR on an isolationist platform in the 1940 presidential election. From Wikipedia:

After making a surprise appearance on the last night of the 1940 Republican National Convention, [Lindbergh] is nominated as the Republican Party’s candidate for President. Although criticized from the left, and hated by most Jewish-Americans, Lindbergh musters a strong tide of popular support from the South and Midwest … Lindbergh wins the election over incumbent president Franklin D. Roosevelt in a landslide under the slogan ‘Vote for Lindbergh, or vote for war.’ … With Lindbergh as president, the Roth family begin increasingly to feel like outsiders in American society.

… A new government program begins to take Jewish boys to spend a period of time living with exchange families in the South and Midwest in order to ‘Americanize’ them. Philip’s brother Sandy is one of the boys selected, and after spending time on a farm in Kentucky he comes home showing contempt for his family, calling them ‘ghetto Jews.’ … Philip’s shy and innocent school friend Seldon Wishnow, an only child, is moved to Kentucky with his mother. In protest against the new act, radio broadcaster Walter Winchell openly criticizes the Lindbergh administration and is fired from his station. He then decides to run for President and begins a speaking tour. His candidacy causes anger and antisemitic rioting in southern and Midwestern states, and mobs begin targeting him. Making a speech in Louisville, Kentucky he is shot to death.

Boy, Roth really has it in for Kentucky.

The November election hadn’t even been close. Lindbergh got fifty-seven percent of the popular vote and, in an electoral sweep, car­ried forty-six states, losing only FDR’s home state of New York and, by a mere two thousand votes, Maryland, where the large population of federal office workers had voted overwhelmingly for Roo­sevelt while the president was able to retain—as he could nowhere else below the Mason-Dixon Line—the loyalty of nearly half the Democrats’ old southern constituency.

Roth’s notion that a Republican Swedish isolationist from Minnesota could have carried the Solid South against FDR in 1940 is just nuts. Here’s what happened in the South in this universe when Republican businessman Wendell Wilkie of Indiana ran against FDR: 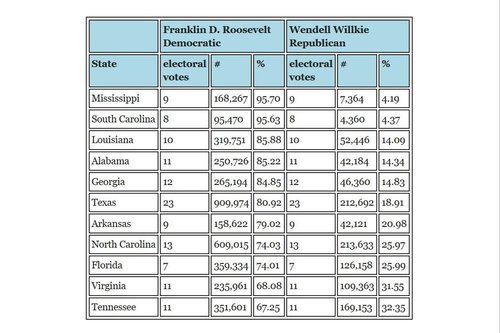 FDR won at least two-thirds of the vote in every old Confederate state, with over 95% in hyper-Confederate South Carolina.

Kentucky was a Union state in the Civil War. In any case, FDR carried Kentucky with over 57% of the vote.

My impression is that the South has always been more pro-Semitic on the whole than the WASP North.

Here’s an interview today in the NYT with Roth, who has retired from writing novels but is approaching his 85th birthday in decent health. He has some eloquent things to say about the pleasures of being old but alive.

Not long ago he had a visit from David Simon, the creator of “The Wire,” who is making a six-part mini-series of “The Plot Against America,” and afterward he said he was sure his novel was in good hands.