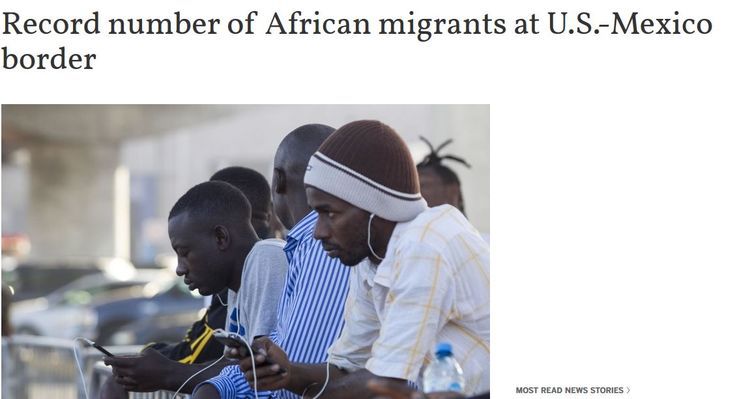 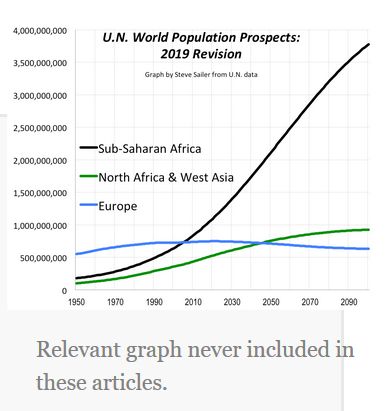 The number of African migrants heading to the U.S. through Mexico has more than doubled this year — from roughly 2,700 in 2018 to 5,800 today, according to data from the federal government.

That figure has been steadily rising since 2007 — the year the Mexican government began including migrants from African countries who have contact with immigration officials in their annual migration reports — when the number was 460.

And that dramatic increase has been mostly left out of U.S. immigration conversations, activists say.

“Even within the immigration movement, you see a lack of visibility of black narratives with what is happening at the border,” said Guerline Jozef, director and co-founder of the Haitian Bridge Alliance, an organization that helps black migrants from all over the world.

Jozef was initially caught off-guard by the number of black migrants south of the border.

… On top of these dangers, African migrants face additional obstacles in terms of language and cultural barriers. They also have less access to services from legal aid organizations who do not have staff who speak the same language as the migrants.

They also face racism and discrimination because of the color of their skin, Jozef added. …

As a result, thousands of migrants fleeing from civil wars and ethnic conflicts are stuck, said Rebecca Alemayehu, a California-based immigration lawyer who represents African asylum seekers and has made several trips to Tijuana and Tapachula. …

Despite this obstacle, Alemayehu said, African migrants continue to arrive at the Mexico-Guatemala border every day and there is no sign that the flow will slow down.

Like Jozef, Alemayehu did not realize there was a growing number of black migrants in Mexico until she saw them for herself.

Last winter, while volunteering with a legal aid nonprofit called Al Otro Lado, she noticed a large number of migrants from Eritrea and Ethiopia.

Interestingly, the Prime Minister of Ethiopia, Abiy Ahmed, recently won the 2019 Nobel Peace Prize for negotiating a peace treaty with Eritrea and releasing political prisoners at home. There is still a certain amount of ethnic tension in the huge country of Ethiopia with its soaring population of over 100 million, but overall times are pretty good, relatively speaking. For example, construction of a colossal hydroelectric dam on the Blue Nile is proceeding.

Alemayehu is the daughter of Ethiopian immigrants. She was able to speak with the migrants in their own language and, after follow up trips, began building trust within the African community in Tijuana….

Here in the U.S., the plight of black migrants has gained traction among some elected officials.

In November, members of the Congressional Black Caucus visited black migrants at the border.

“There are record numbers of African immigrants seeking asylum at the U.S. border, particularly as Europe closes its doors to migrants,” they wrote in a statement.

Of course, as Africa becomes more part of the modern world, the number of Africans who contemplate departing for the First World goes up.