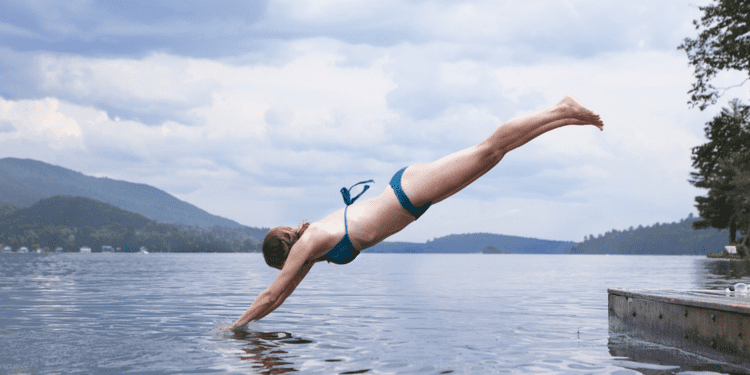 The Gender Gap in Swimming

Swimming is a sport in which more girls than boys compete, so it’s pretty interesting for looking at the gender gap, which changes by age:

Results
Swimming performance improved with increasing age for boys and girls (p<0.001) until reaching a plateau, which initiated at a younger age for girls (15 years) than boys (17 years; sex×age; p<0.001).

Men probably keep getting faster into their early 20s so the Olympic gender gap is a little bigger than the age 18 gap. At the 2016 Olympics, the gold medal woman took 10.8% longer to swim freestyle 100 meter than the gold medal man. That’s quite similar to the gender gap in running, that’s usually around 11%.

… Collectively, these data suggest girls are faster, or at least not slower, than boys prior to the performance-enhancing effects of puberty.