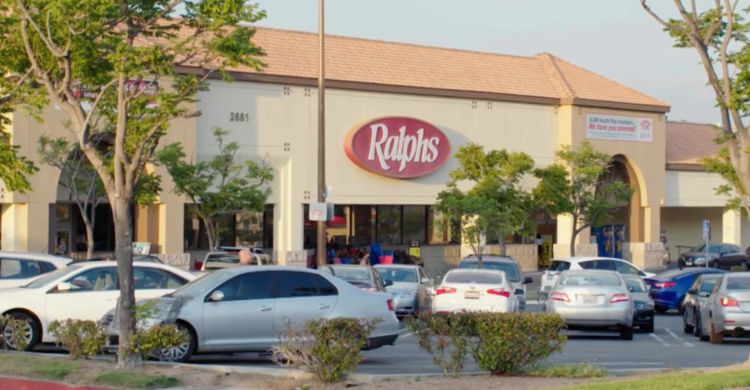 So my sister was vacationing in San Diego this past week and stepped into a Ralph's grocery store to grab a few things.

Standing in line, Jen noticed that she was the only non-Hispanic person there.

You know how Ralph's has those Club Card things where members get a discount on certain items etc.? Well, as the six women in front of my sister in line reached the front, the cashier (also Hispanic) would say "Do you have a Ralph's Club Card?"

All of the women said no and the cashier simply pulled out a dummy card and swiped it through the machine enabling these women to enjoy the discounted pricing without joining the Club. She made happy little remarks (in Spanish) such as "Ooh, you saved 18 dollars!"

Then it was my sister's turn...

The cashier said (in a rather exasperated voice...gone was the cheerful Spanish dialogue) "Do you have a Ralph's Club Card?"

My sister said no and the cashier said "You really should get one...the total is..."

(At this point in the story, as Jen was telling it, I cringed and wondered how many people my sister ate alive over the incident—you would have to know her...slapping these kind of people around for her is a bit of a hobby. You should see what she does to non-handicapped people who park in a handicap slot...two words: not pretty!)

Jen looked at the cashier and said "You're joking, right? You aren't going to give me the same discount I just watched you give to the six women in front of me?"

The cashier said "You have to be a member. If you want to join you have to..."

My sister exploded on this woman! "I don't think so, toots" she said. "Let me keep it simple for you, let's go find your manager and have a little chat because I guarantee I can say discrimination faster than you can say please don't fire me, ok?"

The cashier didn't get it.

Jen said "Six Hispanic women get the discount—the one white woman does not...does my four year-old need to teach you how to play connect-the-dots? Give me the discount or things are going to get ugly."

The cashier complied and my sister left Ralph's grocery store having saved roughly two dollars and vowing to never shop at Ralph's again.

I didn't ask my sister but knowing her, I imagine there were also a few phone calls to La Migra...I think she keeps them on speed dial.