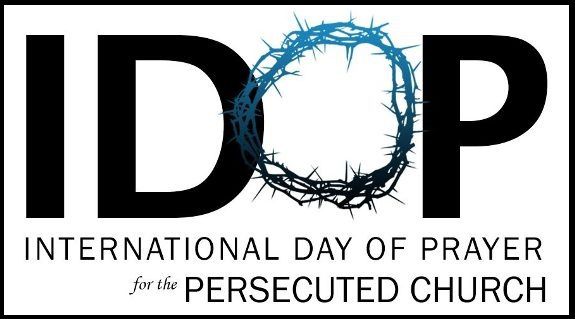 [See Also: Unequal Justice And The Persecution Of Steve Stockman, Proud Boys, Andy Ngo—Is U.S. ALREADY A Third World Country?, by James Kirkpatrick, August 27, 2019]
Congressman Steve Stockman is currently in prison based on charges that only seem to be applied against conservatives. Unless President Donald Trump pardons him, he will remain there for some time.
Yet Congressman Stockman is not being idle with his time or feeling sorry for himself. Instead, he's written a fine column on "Why November 3rd Matters." It is the "International Day of Prayer for the Persecuted Church."

Repeatedly, Christian executions and mass murders have little sympathy or mention in the popular American press. In Burkina Faso, the largely quiet agrarian society in West Africa has had their country torn apart with a new and increasing number of attacks by Muslim terrorists against people of faith. The small peaceful nation is now dealing with the murder-driven agenda of the radical followers of Muslim terrorist groups. The Africa Center for Strategic Studies has reported 324 fatalities by the end of July this year, more than double such deaths in Burkina Faso in 2018. These and massive other persecutions are occurring there at the hands of members of the Islamic State in the Greater Sahara, the Macina Liberation Front, and Ansarul al Islam.

In many parts of the world, the continuing murder of Christians is a silent genocide spreading across many nations. If it were any other faith, it would bring down the weight of the world.

We all know about "Islamophobia." We all know about "anti-Semitism." Republican politicans are very eager to fight each of these demons, especially the latter. Yet we very rarely hear about "Christophobia." It's barely even a word. And while the American foreign policy and media elite is beating their chests over the Kurds, there's nary a word about the genocide of Christians in the Holy Land. The so-called Religious Right is especially silent about the suffering of their co-religionists.

Steve Stockman is not. He puts what he believes in over his own fate. Read his full column at ConservativeHQ.

One of the things that we've learned recently is that the "Deep State" is real and has terrible power. Indeed, the Main Stream Media is now openly defending the right of unelected bureaucrats to run our foreign and domestic policy and overthrow the president. They've already taken down Congressman Stockman, for now.

You can help him fight back. Visit DefendAPatriot.com and spare what you can to help free Congressman Stockman.