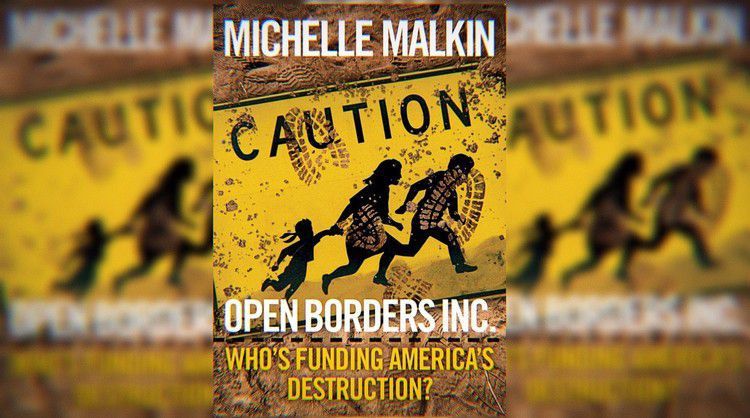 Michelle Malkin's new book Open Borders, Inc.: Who's Funding America's Destruction? is now available directly from VDARE.com in hardcover. It's a great book, and while you could buy it from Amazon, not only has Amazon cut us off from their "Associates" program (part of the Deplatforming blitz) but Jeff Bezos is taking some of his money and using it to give scholarships to illegal aliens.

That means that part of the answer to the question "Who's Funding America's Destruction?" is Mr. Bezos himself, so buy from us directly.

“The beautiful and brilliant Michelle Malkin has long been a joy to American patriots. Her brutal analysis of the political economy of the Treason Lobby, which is promoting reckless mass immigration to obliterate the historic American nation, breaks new ground.”

—PETER BRIMELOW, author of Alien Nation and founder of VDARE.com

We're also mentioned in the acknowledgements, as the targets of deplatforming by PayPal, and as targets of Soros and the SPLC.

Peter Brimelow's 2012 speech at CPAC gets mentioned because the head of CPAC at the time was Al Cárdenas, now the husband of Amnesty Ana Navarro.

When Soros-funded People for the American Way whinged about a panel on multiculturalism featuring former Forbes senior editor and VDARE founder Peter Brimelow in 2012, a jelly-spined Cárdenas denied awareness of the prescient Alien Nation author’s work and blubbered that his “staff” would “delve” into the “controversy”—manufactured by left-wing character assassins allied with the Southern Poverty Law Center smear machine and amplified by CBS News and other “mainstream” outlets.

Cárdenas insists on the weird slanty thing over the  á in his name, like Julián Castro does, which tells you something the kind of Hispanic conservative that gets hired to run CPAC.