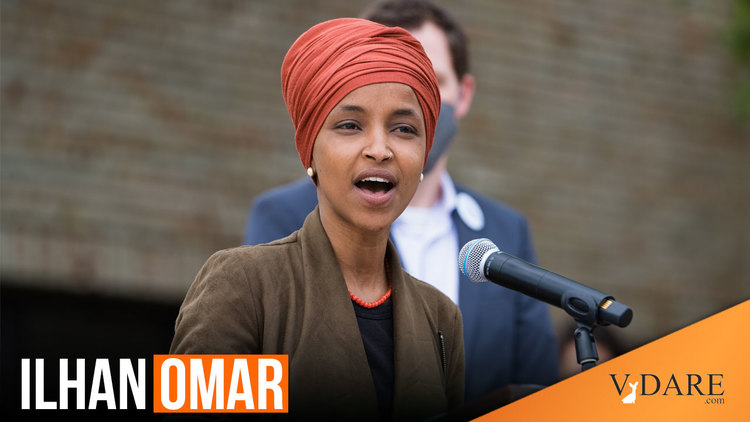 The title above comes from a quotation in a lengthy Mark Steyn article, It's the Demography, Stupid [Wall Street Journal, January 4, 2006].  Here's the context:

The old definition of a nanosecond was the gap between the traffic light changing in New York and the first honk from a car behind. The new definition is the gap between a terrorist bombing and the press release from an Islamic lobby group warning of a backlash against Muslims. ... A commenter on Tim Blair's Web site in Australia summed it up in a note-perfect parody of a Guardian headline: "Muslim Community Leaders Warn of Backlash from Tomorrow Morning's Terrorist Attack."

What brought that quote-within-a-quote to my mind was Washington Watcher II's recent (December 19) article  here (Democrats’ “Islamophobia Envoy” Plan Aims To Enable Great Replacement In The West) about a 100-percent-non-bipartisan bill, supported solely by House Democrats.

"Islamophobia"?!?!  As General Anthony McAuliffe said at the Battle of Bastogne, "Nuts."  The actual phenomenon the Democrats are reacting to should be called "Islamoawareness" (or "Islamodisgust").

And for Islamoawareness, one could hardly top the late Lawrence Auster, speaking at the Preserving Western Civilization Conference in Baltimore in February 2009:

Prior to World War II, would any Western country have considered admitting significant numbers of Muslim immigrants? Of course not; it would have been out of the question. The West had a concrete identity. It saw itself as white and in large part as Christian, and there was still active in the Western mind the knowledge that Islam was our historic adversary, as it has been for a thousand years, and radically alien. But today, the very notion of stopping Muslim immigration is out of the question, it can’t even be thought.

The leading knave in the piece by Washington Watcher II is, unsurprisingly, Representative Ilhan Omar [D-MN], primary sponsor of the anti-Islamophobia bill.

Omar is the burden that keeps on taking.  She's an ingrate with a vile sense of entitlement, a point made in 2019 by Senator Rand Paul [R-KY].