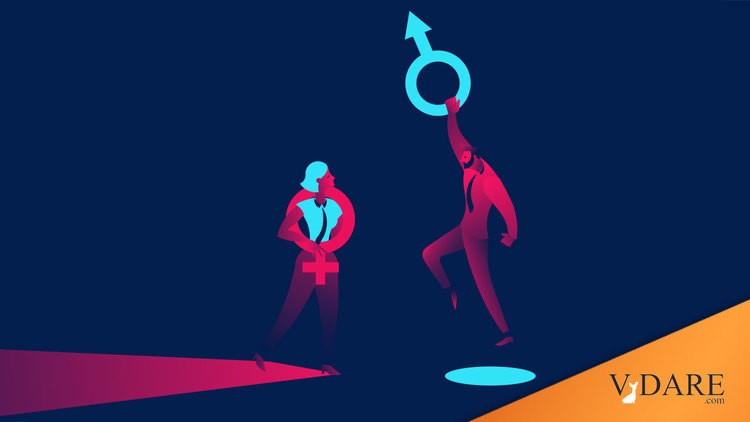 Deeply entrenched scientific beliefs that for more than a century have explained why more men than women are high achievers because of biology are not backed up by evidence, according to new research from The Australian National University (ANU).

The researchers say the long-held “sexplanation” has been used to argue why there are more high-achieving men than women.

“The idea that biology determines greater diversity of behaviour among male than female animals is often used to explain why more men than women are considered geniuses or go on to become CEOs,” lead author Lauren Harrison, a PhD scholar from the ANU Research School of Biology, said.

“There is a history of scientists using the notion of greater male variability to explain why science, technology, engineering and mathematics (STEM) are dominated by men, rather than considering other reasons why we see fewer women in these professions, such as historical exclusion or gender stereotyping.

“Based on our data, if we assume that humans are like other animals, there is equal chance of having a similar number of high-achieving women as there are high-achieving men in this world.

“Based on this logic, there is also just as great a chance of having a similar number of men and women that are low achievers.”

The ANU team reviewed more than 10,000 biological studies and analysed behavioural traits of males and females in more than 200 animal species, from insects to dolphins.

For instance, the difference in foot speed between male and female thoroughbred horses is quite small, perhaps 1% on average, an order of magnitude less than the ~11% difference in human Olympians. Fillies won the Kentucky Derby in 1915, 1980, and 1988.

On the other hand, bulls and cows are pretty famously different. Still, there is a minor sport in Switzerland of cowfighting where females lock horns and tussle:

It’s not as exciting as bull vs. man bullfights in Spain. A farmer in the video explains that the purpose of the hornlocking is to determine the alpha female of the herd, who will lead the herd to better pastures.

The researchers found males and females have similar levels of “variability”, which is contrary to beliefs held by biologists that have long assumed male animals are more variable than females.

“The significance of greater male variability for evolution goes back to Charles Darwin. He suggested that male species often look or behave far more differently from each other compared to females of the same species,” Ms Harrison said.

“He also suggested this greater male variability is due to sex-specific selection.”

The concept of variability and its effects can be illustrated using IQ scores.

“If males are more variable than females, it would mean there are more men than women with either very low or very high IQs,” co-author Professor Michael Jennions said.

“But our research in over 200 animal species shows variation in male and female behaviour is very similar. Therefore, there is no reason to invoke this argument based on biology to explain why more men than women are Nobel laureates, for example, which we associate with high IQ.”