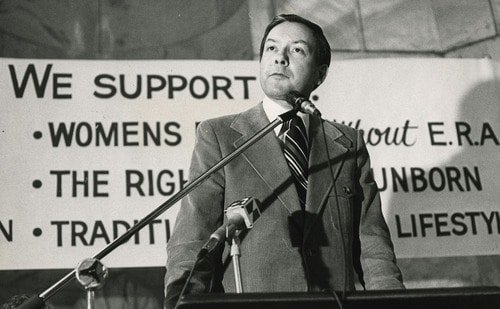 When Hatch retired in 2018, he had been in the Senate since 1976, and Peter Brimelow wrote:

I owe a significant personal debt to Senator Orrin Hatch (R.-Utah), who has just announced he will not seek an eighth term in 2018: years ago, he helped me, then a U.K. citizen and thus discriminated against by the post-1965 immigration regime, return to the U.S. after my post-Stanford sojourn in Canada. For that reason, I’ve never said much about my 1979-1980 time on his staff, in case he be blamed for my views, or criticized his subsequent career, brutally summarized from the right by Michelle Malkin here—although I must admit that VDARE.com coverage of his awful immigration record (NumbersUSA Career Grade: C, in this Congress: D) has been fairly scathing.

The sad truth is that Hatch, while a nice man, was too nice for politics, and this led to him becoming captive by "bipartisanship" and cooperation with his Democratic fellow Senators...people he was elected to oppose.

Hatch did have one moment of glory, from our point of view, when he came out against Affirmative Action, again courtesy of Peter Brimelow, who wrote in 2018

My great contribution to Hatch’s career: preventing him from ever becoming a Supreme Court justice, which—oddly for someone who showed little interest in abstract principle—was apparently for some time his ambition.

I achieved this feat by deciding, in consultation with an imaginative fellow-staffer, that Hatch’s path to the Presidency was by voicing a principled critique of Affirmative Action quotas, then spreading like a silent cancer through American society. We caused Hatch to put a massive amount of material into the Congressional Record explicating the law, economics and politics of this taboo wedge issue. I ghosted a first cut at estimating the regulatory burden of quotas [Loading The Economy, by Orrin Hatch, Policy Review, Spring, 1980 (PDF)] which I’m happy to say excited the approbation of the great Anglo-Hungarian economist Peter Bauer. Justifying our political instinct, a denunciation of Affirmative Action I wrote for Hatch for delivery at the Conservative Political Action Conference got splash headlines in the old Washington Star, which worked from the press release, although in embarrassing fact he had wimped out completely and extemporized his usual free-enterprise boilerplate.

In subsequent years, Hatch completely ran away from the subject, in common with the entire GOP elite. But it would still have made for embarrassing questions at his confirmation hearing.

orrin hatch was a passionate critic of affirmative action and this article from 1981 shows how little the conversation has really moved since thenhttps://t.co/MX9Eaes3kY

Hail and Farewell to Orrin Hatch. We can say that in spite of our criticisms, he did less harm to Utah and American in 7 terms than Mitt Romney has done in one.