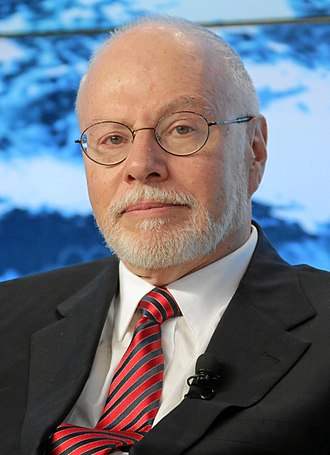 H/T (as so often) to One Old Vet for Romney's Top Donor Teams with Soros Front Group on Immigration Reform by Matthew Boyle Breitbart.com 23 Aug, 2013

...financial resources for the Evangelical Immigration Table's efforts are coming from a range of supporters, including new conservative donors such as Paul Singer — a hedge fund manager and major donor to Mitt Romney's 2012 presidential campaign.

Singer committed his resources to Romney after his choice candidate New Jersey Gov. Chris Christie was not going to run

My recollection is that Singer has been promiscuous in donating to Republican campaigns for two or three cycles.

Who is Paul Singer? Wikipedia (until redacted) says

Singer grew up in a Jewish family [3] in Tenafly, New Jersey, one of three children of a Manhattan pharmacist and a homemaker.[4]

There is no evidence that he has become an Evangelical. Instead, he first came to general notice for his role in bribing the NY Legislature into voting for Gay marriage in 2011. But he does have a Treason Lobby record.

An ethical man would not use his money to influence opinion in a religious group to which he did not belong.

It is always the same story. In the 2013 Amnesty/Immigration Acceleration debate public discourse is  being commandeered by a small group of selfish Billionaires who stand to benefit enormously.

But no one except VDARE.com will say it.