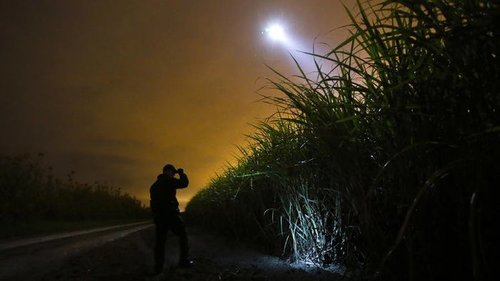 There have been two major developments in the Obama Regime War On The Border Patrol.  In the first, the Regime and the Treason Bar suffered an ignominious defeat but in the second, the Regime hit back at court decisions supporting the authority of Border Patrol Agents to act in self-defense against attacks on them from Mexico.

First, the good news.  The patriotic 5th Circuit Court of Appeals, the same court that struck down parts of the DAPA amnesty, have handed the Obama Regime another defeat, ruling in the case of a Mexican alien smuggler who was shot while attacking Border Patrol Agents.  In this case the Treason Bar, with the quiet connivance of the Obama Regime, sued Border Patrol Agent Jesus Mesa for shooting terrorist and alien smuggler Sergio Adrian Hernandez Guereca.

A U.S. Border Patrol agent who killed a Mexican teenager when he fired across the border from Texas into Mexico cannot be sued in U.S. courts by the boy’s family, a federal appeals court ruled...

The unanimous ruling was issued Friday by the full 5th U.S. Circuit Court of Appeals, reversing most of an earlier 2-1 ruling by a three-judge panel of the court. The border agent's lawyer said the opinion vindicated his client.

As expected, the court decided that aliens outside the United States don't have the protection of the Constitution, as in the case of the late Osama Bin Laden.

The full court rejected the family's contention that Mesa's immunity from a civil suit was superseded by the U.S. Constitution's 4th Amendment, which guarantees the right of “the people to be secure in their persons,” or by 5th Amendment protections against deprivation of life without due process of law.

A 4th Amendment claim cannot be asserted by a Mexican citizen on Mexican soil with no significant connection to the United States, the appeals court ruled.

However, in response to the loss in the 5th Circuit, as the Obama Regime was conspicuously silent in the Mesa case, the Regime decided to indict another Border Patrol Agent involved in a cross border shooting, Lonnie Swartz.  Importantly here, Swartz is white, while Mesa was Hispanic.  Undoubtedly this was a major factor in the decision to indict, given the Regime's War On White Police Officers.

TUCSON, Ariz. (AP) — A Border Patrol agent charged with second-degree murder in the death of a Mexican teen is one of only three agents to face murder charges in more than 20 years.

Lonnie Swartz was indicted Wednesday on one count of second-degree murder by a federal grand jury that reviewed the death of 16-year-old Jose Antonio Elena Rodriguez, who was hit about 10 times by bullets that went through a border fence.

"It's very rare for a Border Patrol agent to be charged criminally when the abuse or killing is on U.S. soil," said Lee Gelernt, deputy director of the Immigrants' Rights Project for the American Civil Liberties Union.

In the case of a cross-border shooting with the victim on Mexican soil, the ACLU group did not know of any previous scenario in which a Border Patrol agent was indicted, Gelernt said.

Given the length of time between the incident and the indictment, politics is the only reason for the indictment, given the massive campaign by the radical left, including National Public Radio (NPR) the Treason Bar and the ACLU in the Rodriguez case.  Both groups are closely connected to drug cartels, with the Treason Bar financially dependent on Mexican illegal alien drug smugglers who pay large sums of cash for their criminal and immigration defenses and the ACLU is dependent on drug legalization advocates for fund raising.

Interesting, but unsurprisingly, in the 9th Circuit a civil suit continues Agent Swartz continues despite the smack down such lawsuits received in the 5th Circuit.  But in the end, this is part of the Obama Regime War On The Border Patrol.

Sadly though, this is having an effect on the Border Patrol as illegal immigration increases, defensive use of force is down despite widespread and continuing violence from Mexican terrorists.