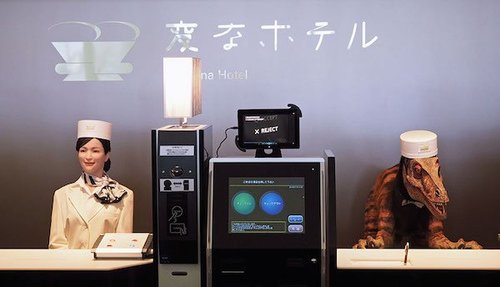 It’s not surprising to see Japan moving forward with self-driving taxis, since that nation has chosen automation rather than immigration to augment its labor needs. After all, Japan was the first country on earth to have a dinosaur robot desk clerk in a hotel.

Japan is hosting the 2020 Olympics and envisions the event as a goal for having a robot taxi system set up and working.

Back in the USA, the Bureau of Labor Statistics put the number of cab drivers in this country at 233,000 in 2012. Sergey Brin, the co-founder of Google, thinks we humans are too dangerous behind the wheel, and that smart machines can do a better job of driving to improve safety on the roadways.

In a June SEC filing, Brin stated, “The increasing power of computation extends well beyond the internet. One example close to my heart is our self-driving car project. The goal is to make cars capable of driving themselves entirely without human intervention. We hope to make roadways far safer and transportation far more affordable and accessible to those who can’t drive.” 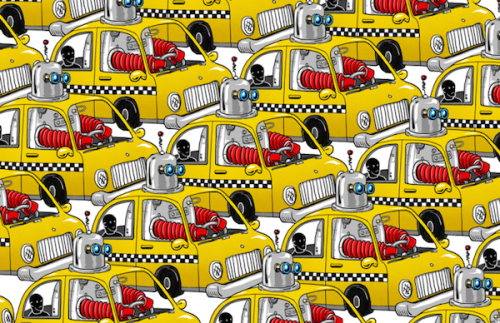 Whatever his motivation, Brin has led the way for industry to create self-driving vehicles that will revolutionize roads and transportation, putting millions out of work if the utopian scheme works out as planned by Silicon Valley. There are 3.5 million Americans employed as truck drivers who will be made jobless by self-driving trucks in the automated future, as well as millions more in the associated transportation economy spread along the nation’s highways.

And given the shrinking employment prospects throughout the economy going forward, America needs exactly ZERO immigrant workers. There won’t be enough jobs for Americans if Oxford University researchers are correct in their 2013 paper predicting that nearly half of US employment is susceptible to being automated within 20 years.

Why is nobody in Washington paying attention to the huge changes that have occurred in the jobs economy over recent years?

Back to Japan then:

Japan to Allow Test of Self-Driving Taxis Ahead of 2020 Olympics, Bloomberg, October 1, 2015

Japan will allow tests of self-driving taxis on public roads with passengers from next year as the country readies itself to showcase the technology by the 2020 Tokyo Olympics.

The government will work with the Japanese social media and gaming company DeNA Co. to test self-driving cabs in the city of Fujisawa, near Tokyo, according to a government statement released Thursday. Japan will recruit about 50 local residents to take rides, the government said.

“We can’t stick to the way we do business here in Japan, which is to unite everyone in the industry and work together,” Shinjiro Koizumi, parliamentary vice minister of the cabinet office, told reporters Thursday at a briefing in Yokohama. “The government should create a competitive environment and welcome everyone to participate.”

Two co-pilots will accompany city residents in test drives during the pilot program, according to the statement. The robot taxis are retrofitted versions of Toyota Motor Corp.’s Estima hybrid minivan.