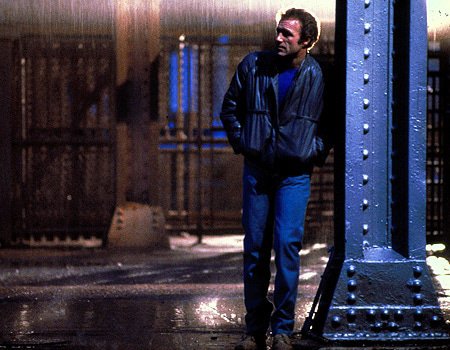 Crime Doesn't Pay: The Exception That Proves the Rule

Criminal masterminds are rarer in real life than in movies like Michael Mann’s 1981 film Thief, in which James Caan plays an ultra-competent Chicago burglar always lit by the glow of neon off rain-slicked streets. If you are that prudent, thorough, and organized maybe you should get a job where they don’t put you in prison when you mess up, such as, say, directing movies about criminal masterminds. For example, Mann’s recent cyber-criminal movie Black Hat was a bigger net loss than just about any real life heist, but he’s still a free man.

Marginal Revolution reports on a study of thieves (or at least of thieves uncautious enough to admit they had been thieves to the National Longitudinal Study of Youth), which reveals that crime doesn’t pay.

To the scores of North Shore residents who have agonized over their stolen silverware and tea services, take heart-and call Evanston police.

Police have arrested a suspect in heists by the “flatware burglar” and have seized thousands of dollars worth of jewelry, dinnerware and decorative items stashed in his North Side residence.

“He boasted to us that he committed some 5,000 burglaries” over two decades, Cooper said. “There’s a little bit of (exaggeration) in that, but he’s done a substantial amount.”

“Very clever, very catlike would be the best way to describe him,” Wernick said.

“Once we knew where he was,” Wernick said, “he was just as difficult to track down. He was just a shadow.” XXX’s total alleged take is believed to be in the “hundreds of thousands of dollars,” including $30,000 in merchandise taken from one night of activity in Wilmette, Wernick said.