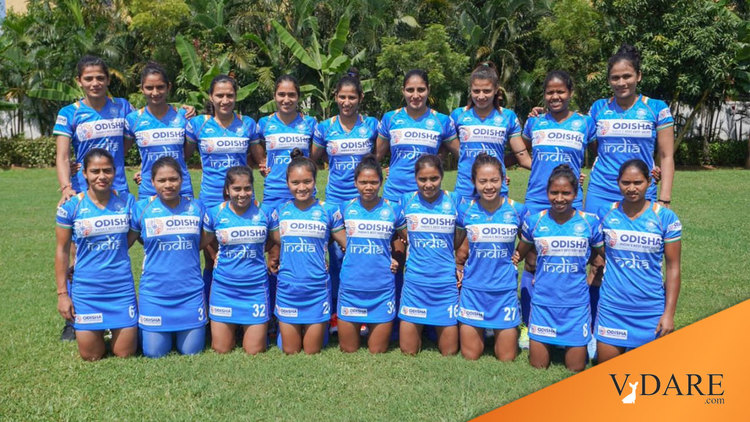 From the NYT sports section:

The government has overhauled an athletic system that was once underfunded and corrupt, but the pressure to perform weighs on competitors.

… But every four years — in this case five — the same questions are posed in India. Why is the country so bad at the Olympics? And does it even matter?

Prime Minister Narendra Modi, keen to raise India’s global profile, has decided that it does.

After India’s substandard performance at the 2016 Games in Rio de Janeiro — one silver and one bronze — the government began funneling money to a sports bureaucracy that was underfunded for decades and stained by corruption. Private ventures stepped in, training elite athletes whose upward trajectory they might be able to harness. And state money has started to trickle to grass-roots sports, too. …

Abhinav Bindra, India’s only Olympic gold medalist in an individual competition, said that the sports environment today is different from when he won the 10-meter air rifle competition in Beijing. When he competed in the shooting nationals as a youth, there were 200 entrants, he said. These days, the competition draws 20,000, plus another 20,000 who didn’t make the cut. Eight members of the Indian shooting team in Tokyo, he noted, have been world No. 1s or 2s in their categories. …

There was national jubilation on Thursday when India defeated Germany to win bronze in men’s field hockey, the team’s first medal in more than 40 years.

I saw Pakistan beat West Germany in field hockey for the gold medal at the 1984 Olympics. I played a little field hockey at the park as a teen, and it was fun, but I thought the gold medal game I went to was not a good spectator sport because the ref was constantly stopping play for offsides violations. Hopefully, they’ve figured out better rules to let the teams play on more since then.

… But for most of the Games, Tokyo has been a field of disappointment for India.

… Not everyone in India is convinced that the country needs to measure its national self-worth in Olympic medals. India, they say, is already a sporting powerhouse, just not in pursuits that are in the Olympics.

Cricket, by far the most popular pastime in India, boasts a lucrative domestic league, and the country soars in the sport’s top international echelons. Sports promoters have also unveiled a professional league for kabaddi, an ancient South Asian form of group tag in which players must occasionally chant the word “kabaddi” over and over. (The vocalization is aimed at ensuring that players are exhaling while on the offensive.)

There are a million local games around the world like this and hopefully they won’t all get swept away by the soccer-basketball juggernaut that’s making the world blander.

… Bindra, the Beijing 2008 gold medalist, said that his success was rooted not in state support but in family wealth. His father built a world-class shooting range in their home in the northern city of Chandigarh.

I personally like when rich people spend their money on obscure sports. Back in 1972 about a third of every edition of Sports Illustrated and Wide World of Sports consisted of eccentric rich sportsmen’s weird hobbies.

Then he topped it up with a swimming pool and a gym so that his son could build his muscle. At the time, the only comparable shooting range was in New Delhi.

… In recent years, the country’s most powerful crop of Olympians has come from a narrow neck of land in northeastern India, where ethnic minorities live in the shadow of the Himalayas. These states, Manipur and Assam, are home to insurgent movements fighting for autonomy from the Indian state. Because of their ethnicity, people there often face discrimination.

… There are also racist whispers, some not so quiet, that people from the Himalayan foothills are more martial than others in India and that’s why they make good boxers. And then the article has a long section about a 38-year-old lady boxer with four kids who won a bronze medal nine years ago:

“Manipuri people, we have a fighting spirit, especially women,” said Kom, who grew up rationing meals to save money for a pair of sneakers.

I believe it was the late Carleton Coon Jr., the U.S. ambassador to Nepal, who was the son of the famous anthropologist, who explained to me that the main racial divide in the region, between South Asians and East Asians, runs in the east through the difficult hills of Burma and northeastern India, and in the North it runs about one mile high in the foothills of the Himalayas. East Asians like the famous high-altitude-adapted Sherpas and fierce Gurkhas don’t like to live in the hot lowlands due to tropical diseases and South Asians tend to get winded at higher altitudes.

Indians tend not to be terribly athletic. But there are a lot of different sports, so good luck to them in their quest to find some where they can earn fun national pride by winning medals.