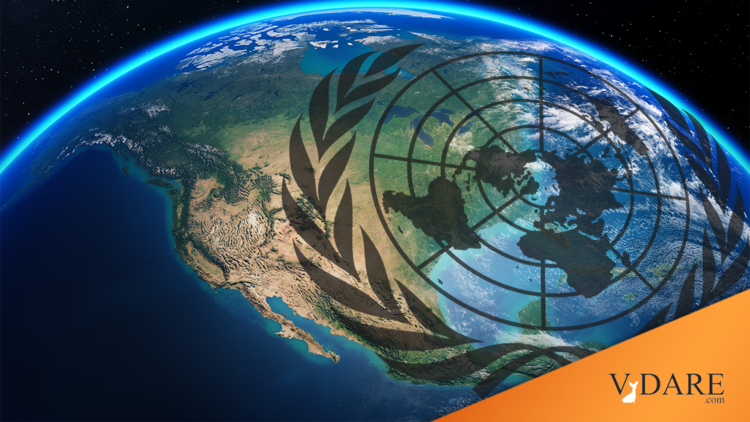 Even Democrats may find it hard to imagine, but the “leader of the free world” would benefit from United Nations oversight.

President Trump at the United Nations in 2017. If Mr. Trump refused to accept the election results, Joe Biden may need to appeal to international watchdogs.

…For many Americans — raised to see the United States as the natural leader of the “free world” — it may be hard to imagine requesting foreign intervention against tyranny in our own land. But as historians like Gerald Horne and Carol Anderson have detailed, there’s a long history of Black Americans doing exactly that.

This June, relatives of George Floyd, Breonna Taylor, Philando Castile and Michael Brown endorsed a letter calling on the council “to urgently convene a special session on the situation of human rights in the United States.”

That’s why Du Bois’s appeal to the world remains so relevant. By impeding Black voters, the United States still violates the democratic principles it has helped enshrine into international law. After observing America’s 2018 midterm elections, a team from the Organization for Security and Cooperation in Europe cataloged a long list of undemocratic practices, from the disenfranchisement of former prisoners to the District of Columbia’s lack of congressional representation to discriminatory voter identification laws, and concluded that, in critical ways, American elections “contravene O.S.C.E. commitments and international standards with regard to universal and equal suffrage.”

… Then, if Mr. Trump and his allies halt the counting of ballots, or disregard them altogether, Democrats should use the O.S.C.E’s report as evidence in an appeal to the same body where Ms. Tikhanovskaya made hers: the U.N. Human Rights Council.

They should also lodge a complaint with the Organization of American States, a regional organization that has pledged “to respond rapidly and collectively in defense of democracy,” and which in 2009 used that mandate to suspend Honduras after its government carried out a coup. …

Peter Beinart (@PeterBeinart), a professor of journalism and political science at the Newmark Graduate School of Journalism at the City University of New York, is the editor at large of Jewish Currents and a fellow at the Foundation for Middle East Peace.