NYT: "If You Work in Silicon Valley, Odds Are You’re a White Man" 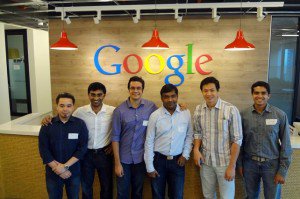 At the time of the 2012 election, I pointed out that the Obama Coalition was a fissiparous mishmash of the fringes of American society that could only be kept from turning on each other by constant demonization of the core of American society — Straight White Married Gentile Men — as the embodiment of all that is wrong with America.

It’s good to be a man, particularly a white or Asian one, in Silicon Valley.

Otherwise, not so much.

The tech industry has been known to have a serious diversity problem. But on Wednesday, we got a peek at just how bad it is. Google released statistics about the make-up of its workforce that showed that while men and Asian people are overrepresented, women and black people are drastically underrepresented as compared to the overall United States workforce. ...

Read more about Google’s demographics on The Times’s Bits blog.

Now, if you go there, you find Claire Cain Miller's headline is inflammatorily distorted:

In the United States workforce over all, 80 percent of employees are white, 12 percent are black and 5 percent are Asian, according to the Bureau of Labor Statistics.

This last set of data probably lumps most Hispanic workers into white, but in any case whites are somewhat underrepresented at Google and Asians are vastly over-represented, just like you and I imagined.

Let's not be surprised that Silicon Valley reporter Claire Cain Miller has messed up again. She's responsible for three recent anti-white man fiascos in the NYT: GoldieBlox, Glimpse, and Github, in each of which she got played by some adventuress to promote her career as part of the War on Silicon Valley Bro Culture.