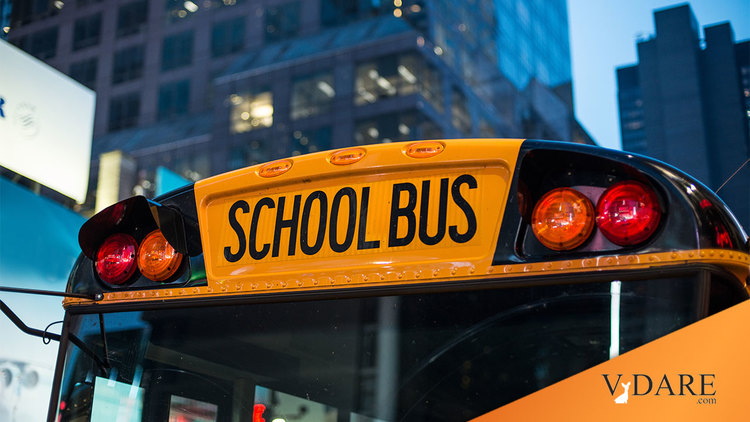 NYC To Put 1,000 Illegals Into Schools…Despite Complaining About Illegals

New York City Mayor Eric Adams wants Texas Governor Greg Abbott to stop sending him the illegal aliens Adams and his Treason Lobby pals claim to love so much. Nonetheless, the city has apparently offered sanctuary to the growing horde. Public schools will enroll more than 1,000 of the little niños to start classes on September 8.

Most will be elementary or middle school age:

“Today, we are all New Yorkers,” said Schools Chancellor David Banks, “and it is essential that we do everything we can to support these families who really need us.”

“This is a very fluid situation. There are students who are coming in every single day,” he added. …

“We don’t know what the coming waves will look like,” said Banks. “But what I will say is that I believe that we have a very strong team in place that will meet the challenge.”

Money, of course, is no object:

“We are literally holding hands, walking people through the process,” Banks said.

The “coming waves” aren’t going to look good for city taxpayers. Already, as VDARE’s Washington Watcher II has reported, Abbott has sent more than 6,500 illegals to New York and Washington, D.C. He won’t cease until Traitor Joe Brandon stops the invasion at the southwest border.

A better move: Deport them to Mexico, then dare the Biden Regime to interfere. Still, shipping them to Treason Lobby cities will do for now. Let them deal with the mess they helped make.