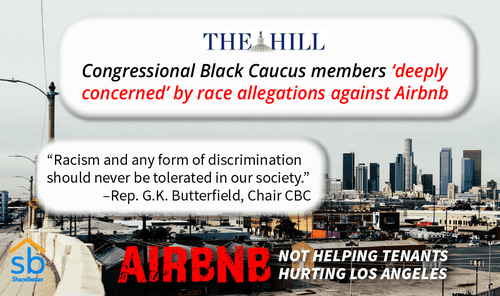 Airbnb, which is an app that allows private homeowners to rent out rooms, has been regularly attacked as racist since its inception. Apparently, homeowners are less likely to rent to blacks, and blacks who rent their homes receive, on average,  worse reviews by the renters than any other demographic group... I wonder why.

Since Airbnb is so unstructured, cracking down on it by way of a civil rights lawsuits or forced integration is tricky. But much like Uber, Airbnb has inspired a great deal of blowback from Leftist polemicists, which inspires a certain subset of "good whites" to at least try and use the service as little as possible—despite the fact that both Uber and Airbnb monumentally lower consumer costs, benefiting the poor, and 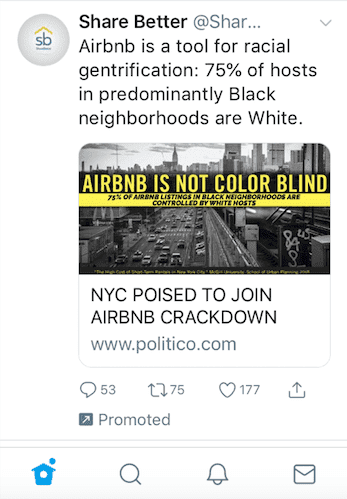 eschew the typical hierarchical structure of companies and corporations the Left says they hate.

To appease the Leftist braying, in July of 2016 Airbnb hired Obama's former Attorney General: anti-white monster Eric Holder. The company said this new hire would deliver a “world-class anti-discrimination policy.” Thereafter, they encouraged non-whites using Airbnb to screech at the slightest sign of discrimination, and permanently banned a number of Unite the Right attendees from ever using their service.

It made no difference. The Leftist braying continues, and Leftist cities are turning that braying into policy. San Francisco has already taken steps to make using Airbnb in their city harder than it needs to be, and New York City is poised to do the same.

There is now even a pressure group to make this happen in every city, "Share Better," which is now promoting its attacks on Twitter.

The moral of the story: Not even hiring Eric Holder to give you a “world-class anti-discrimination policy” will save you from accusations of racism.