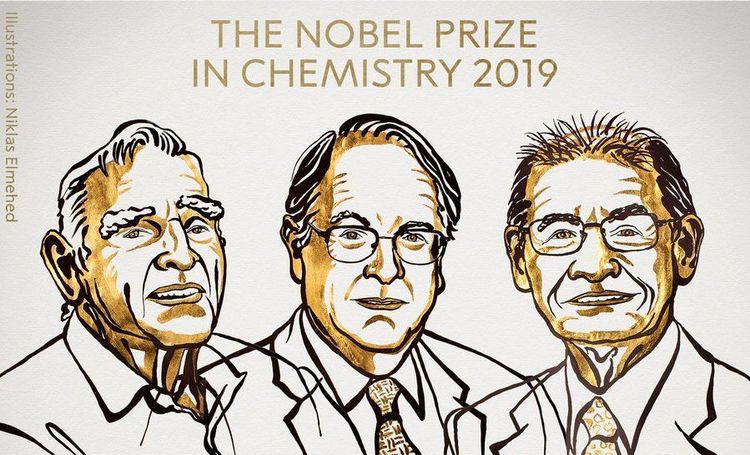 The 2019 #NobelPrize in Chemistry has been awarded to John B. Goodenough, M. Stanley Whittingham and Akira Yoshino “for the development of lithium-ion batteries.” pic.twitter.com/LUKTeFhUbg

I recently excerpted an interview the head of the Nobel committee gave about how they are working diligently for More Diversity. Similarly The Guardian writes:

… Given that the last two winners – Kazuo Ishiguro and Bob Dylan – both write in English and just 14 of the 114 literature laureates are women, Olsson acknowledged this week the need for the jury to “widen our perspective”.

However, most of the top Women of Color write in English. Fortunately, The Guardian explains, there is Maryse Condé from French-speaking Guadeloupe.

But since then the Nobel people have given the three hard science (i.e., legit) Nobels to 8 white guys and a Japanese guy.

At the rate they’re going this week, they’ll give the Literature Prize to Cormac McCarthy and the Peace Prize to Trump.

By the way, a couple of years ago I was talking to a rich guy who was CEO of an energy storage consulting firm. I mentioned to him that the base model Toyota Camry hybrid came with a lightweight lithium-ion battery and got an EPA 52 MPG, while the more luxurious trims came with the old, heavier lead-acid battery and were rated at 46 MPG.

He was not enthusiastic about driving around with a huge lithium-ion battery under the rear seat. That’s a lot of extremely concentrated fuel, which can catch fire in a crash.

I noticed that Volvo, traditionally the most safety-oriented car brand, is promoting the fact that its new all-electric XC40 is designed specifically to protect the battery:

“To help keep passengers safe and the battery intact in the event of a collision, Volvo Cars also developed a new and unique safety structure for passengers and battery alike in the XC40,” the automaker said in a release. “The battery is protected by a safety cage which consists of a frame of extruded aluminum and has been embedded in the middle of the car’s body structure, creating a built-in crumple zone around the battery.”

Note: Do not take engineering advice from me.