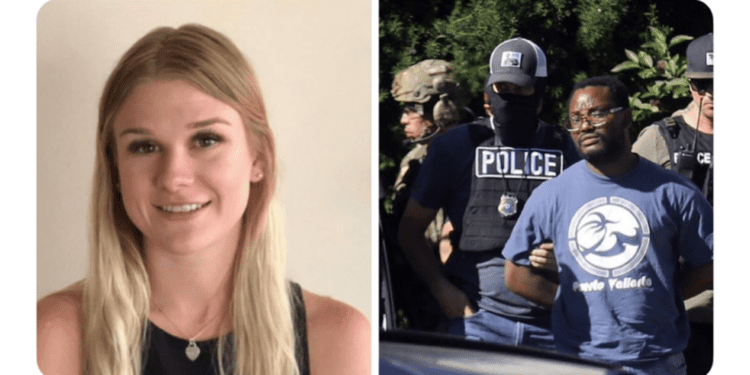 A Nigerian immigrant was arrested in the murder--they seem to have found burned body parts--of missing white girl Mackenzie Lueck.

Police have charged a man with aggravated murder in the "tragic and horrific" killing of missing University of Utah student Mackenzie Lueck, officials announced Friday.

The suspect, identified as 31-year-old Ayoola Ajayi, was taken into custody Friday morning after an investigation uncovered a fresh dig area, charred female human tissue and items belonging to the missing student in the backyard of his Salt Lake City home, police said. His neighbors, they added, had informed detectives they noticed Ajayi burning something with the help of gasoline around June 17, when Lueck was last seen.

“After an exhaustive week of investigation, we are filing charges of aggravated murder, aggravated kidnapping, obstruction of justice and desecration of a body in the homicide of Mackenzie Lueck," Salt Lake City Police Chief Mike Brown told reporters.

"I will not be saying the killer’s name again," he added, noting that the crimes were "tragic and horrific".

We've heard this "won't say his name" stuff before, and it's wrong, because without the killer's name being public, no one will ever know this was done by a Nigerian immigrant.

Another story suggests that Ajayi wanted to construct a torture or sex slave dungeon in his house:

Meanwhile, Brian Wolf, a local contractor, told Fox News on Friday the individual who owned that home reached out to him in April and asked him to build a “soundproof” room there.

“He slowly added on other requests, like building a secret door and adding hooks to the wall,” Wolf said, explaining how the individual asked him to come to the home and give him an estimate for the potential project.

Wolf added the person said he wanted construction done as soon as possible, “before his girlfriend got back into town.”

The contractor, who owns a home-repair business in Utah, said he was “weirded out” by the whole scenario and turned down the job offer, telling the individual he was too busy.[Mackenzie Lueck disappearance: Suspect wanted secret room with hooks on its wall built in home, contractor reveals, June 28, 2019]

The booking report, via Heavy.com, lists Ajayi's country of birth as Nigeria: 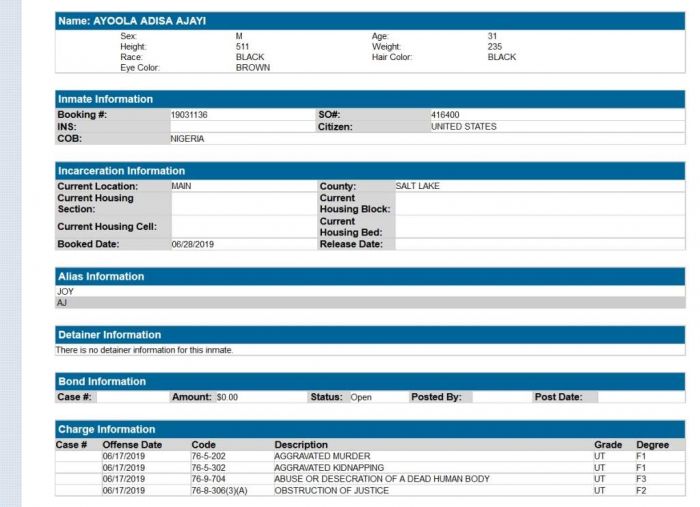